RECYGAS: Recycling Municipal Solid Waste through the production of synthesis gas and or methanol

Project subsidized by the Hazitek program of the Basque Government, with the support of the European Regional Development Fund. FCC Medio Ambiente (the Spanish brand for FCC Environment) is working on this project in partnership with the companies SENER, Ingeniería y Sistemas, S.A. and ZABALGARBI, S.A. The research centers GAIKER, TECNALIA, Institute of Carbochemistry of CSIC, CENER and Institute of Chemical Technology of the Polytechnic University of Valencia will also participate in this project. 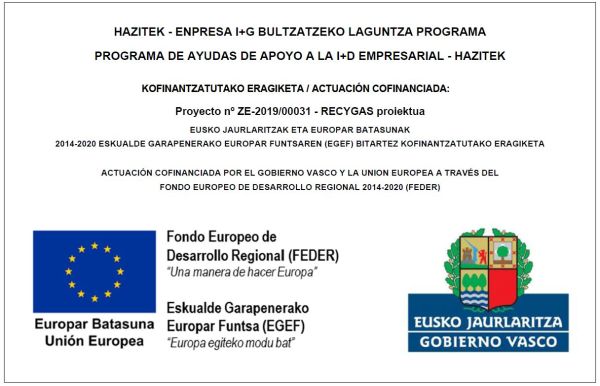 Recygas is focused in the investigation of waste gasification and enables the use of clean synthetic gas obtained from the gasification process to start chemical synthesis routes (whose products would no longer have the status of waste) or its use in power generation with high efficiency cycles. The technology incorporated in the project would allow to climb the waste hierarchy of waste management to be recycled.

The project contemplates the development of a gasifier for operation under pressure and with mixtures of treated air / steam instead of air at atmospheric pressure; a tar catalytic cracking reactor instead of thermal cracking technology, as well as new chemical synthesis processes (synthetic natural gas and methanol). 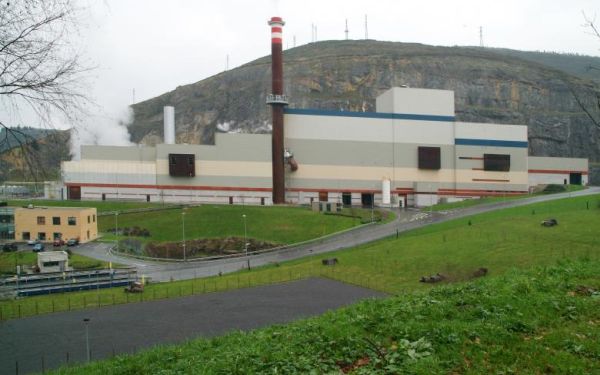 Furthermore, the project will develop a high availability solids feeding system with low or no inert gas consumption (nitrogen), will improve the online analysis systems of the elemental composition of the waste, which will allow the smooth operation of the gasifier. It will also improve the thermo-chemical pre-treatment systems for the waste, allowing to better homogenize the infeed material to the process, and the synthesis gas cleaning systems that allow it to be purified to such an extent that will not be considered as a waste anymore.