A project developed by a consortium made up of six entities (Metropolitan Area of Barcelona, Aqualia -project leader-, FCC Environment, Gas Natural, Icaen and SEAT) and co-financed by the European LIFE programme which is finalising the construction of a demonstration plant in the Ecoparque de Besós, managed by FCC Environment. 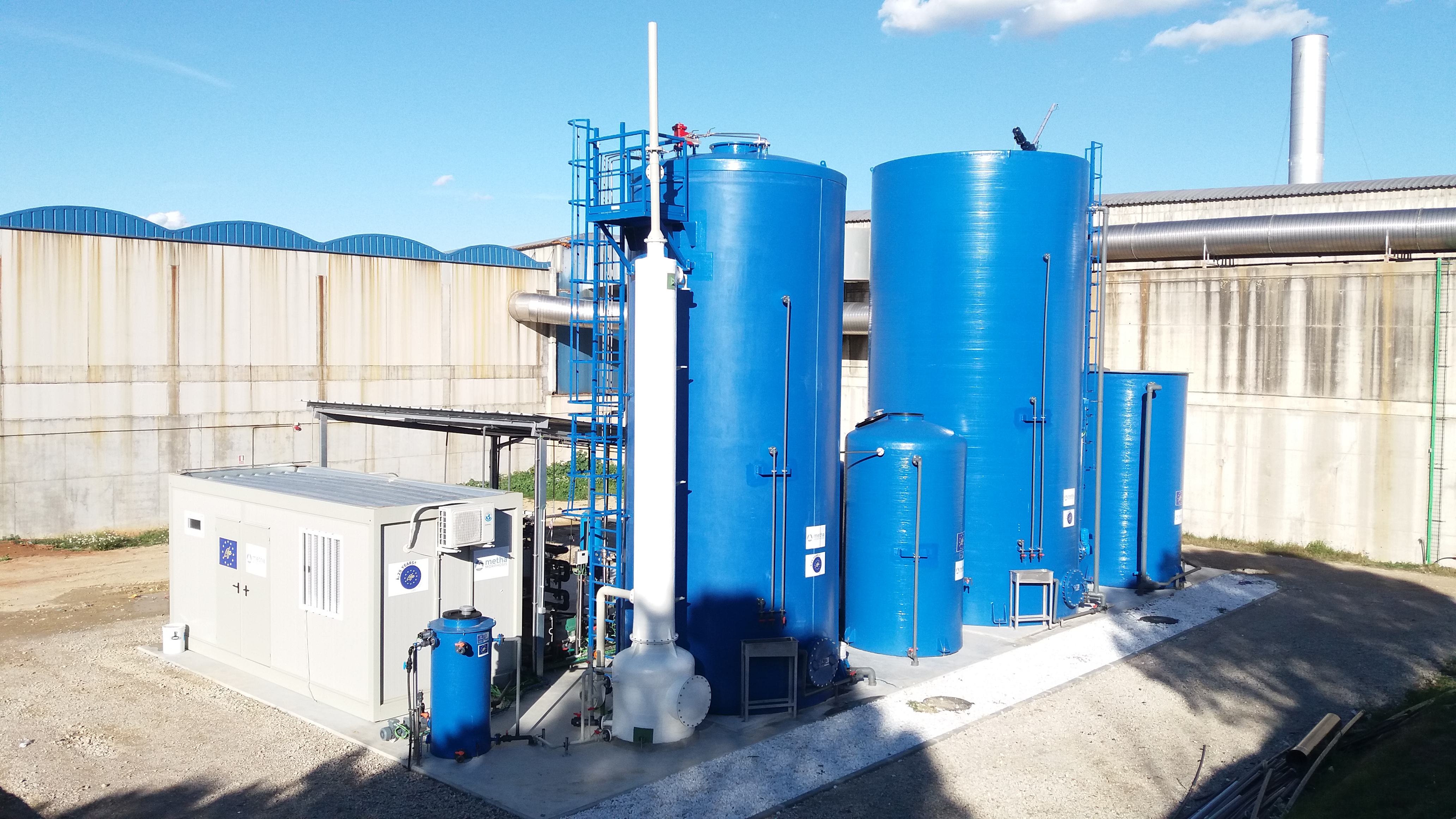 The process integrates three technologies recently developed by Aqualia (the AnMBR, the ELAN -autotrophic nitrogen removal and the washing of biogas), to improve efficiency in the production of biomethane in the treatment of leachates from MSW bioresidues treated at anaerobic digestion plants. This biomethane will be used as fuel in natural gas vehicles; among them, waste collection vehicles under normal operating conditions, provided by FCC Environment. The reduction of greenhouse gas emissions in the project is achieved through two actions: on one hand, the process implemented in the treatment of leachates allows energy savings of around 70% compared to the conventional process and; on the other hand, the use of biomethane as a fuel for vehicles has a carbon footprint some 80% less than that of petrol or diesel vehicles. METHAmorphosis represents an advance in the energy recovery of waste and a great circular economy proposal as it converts the waste processing centre into a fuel producer with the capacity to power vehicles.

Currently, the AnMBR anaerobic effluent treatment line is in operation, the ELAN nitrogen autotrophic elimination line is in the process of commissioning after its inoculation with the bacterium annamox and the biogas upgrading line has started production of biomethane for tests in SEAT passenger cars and FCC Environment’s lorries. 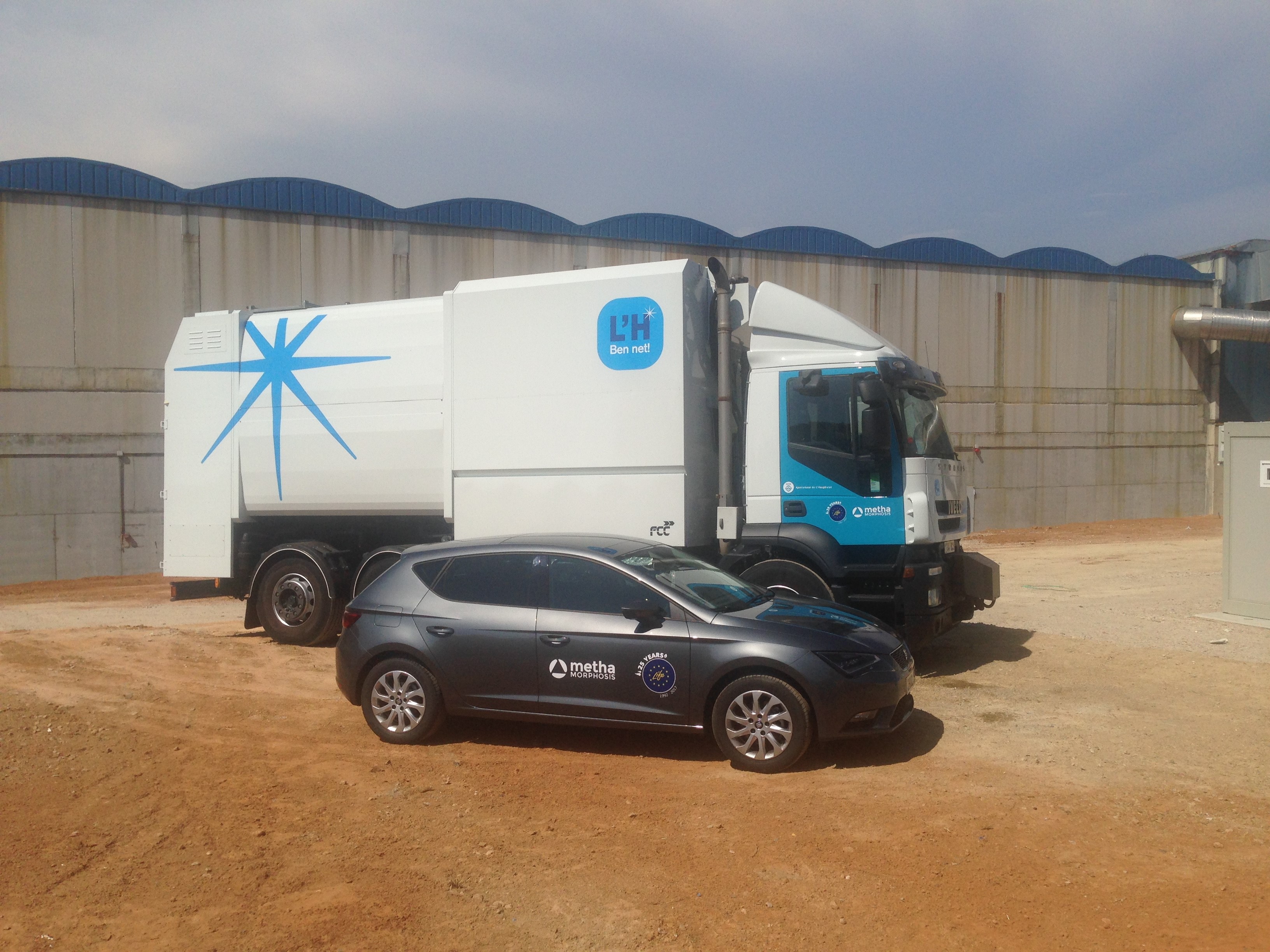 Ecoparque 2 (Barcelona). Gas-powered collector and vehicle for the METHAmorphosis project.

The European Commission has used METHAmorphosis as an example of the LIFE programme in the November 2017 report “Two years after Paris. Progress towards meeting the EU´s climate commitments”.