In November, FCC Environment presented the LIFE4FILM project on recycling plastic film from urban waste to the European Commission in Brussels during the launch event of the 2017 edition of the LIFE programme (Environment projects-Resource Efficiency/Waste).

LIFE4FILM is a LIFE project in which FCC Environment is performing as coordinator, and its main objective is to avoid landfill or energy recovery of plastic film (LDPE) present in solid urban waste by implementing an innovative recycling process on a semi-industrial scale through a 10,000 t/year capacity recovery line in Granada (Spain), which will be operated by FCC with the aim of demonstrating its profitability and its ability to be replicated at a European level 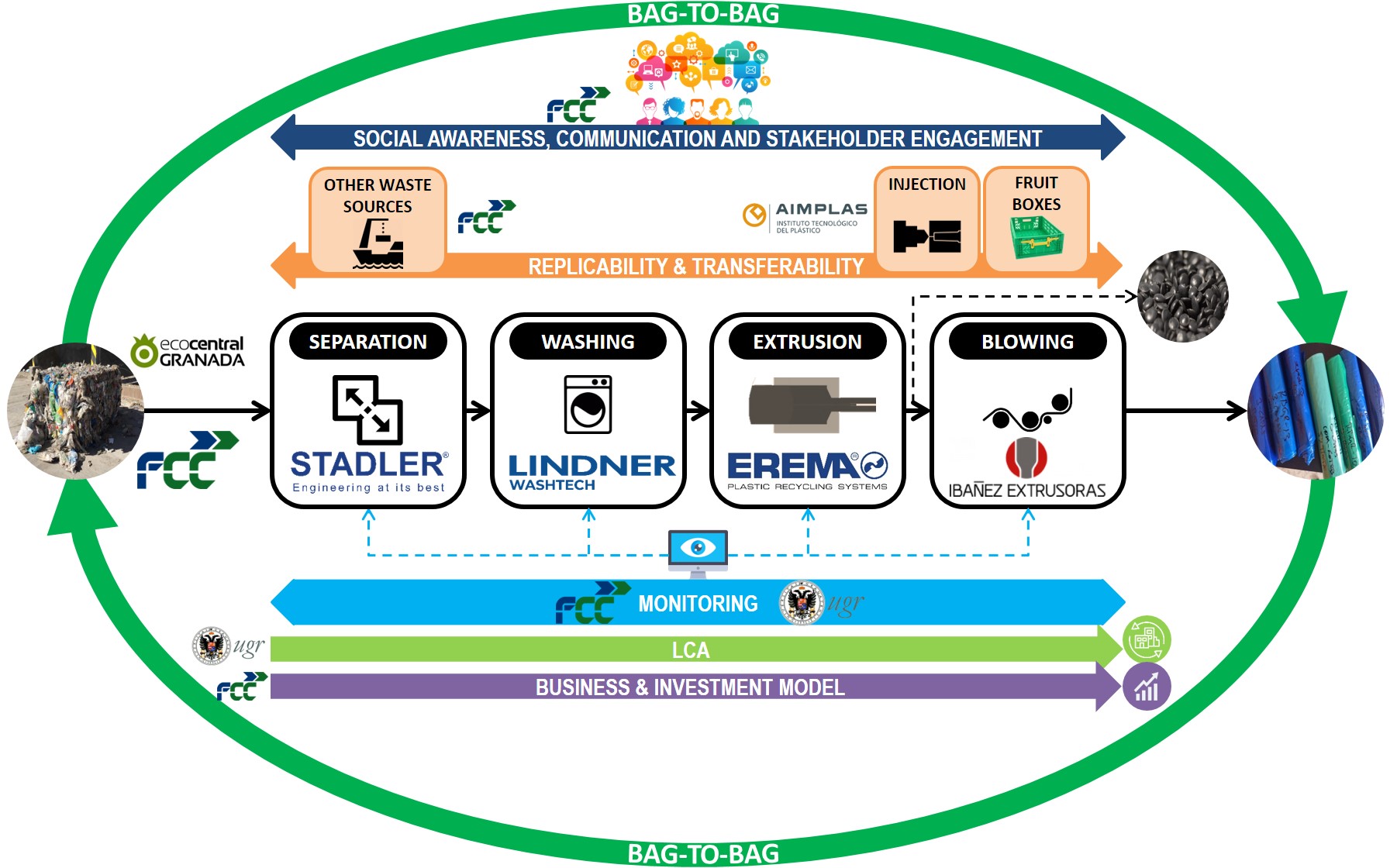 The LIFE4FILM project was approved around mid-year by the European Executive Agency for Small and Medium-sized Enterprises (EASME), which is responsible for managing the LIFE programme. It has a budget of €5.12 million and will last 4 years. 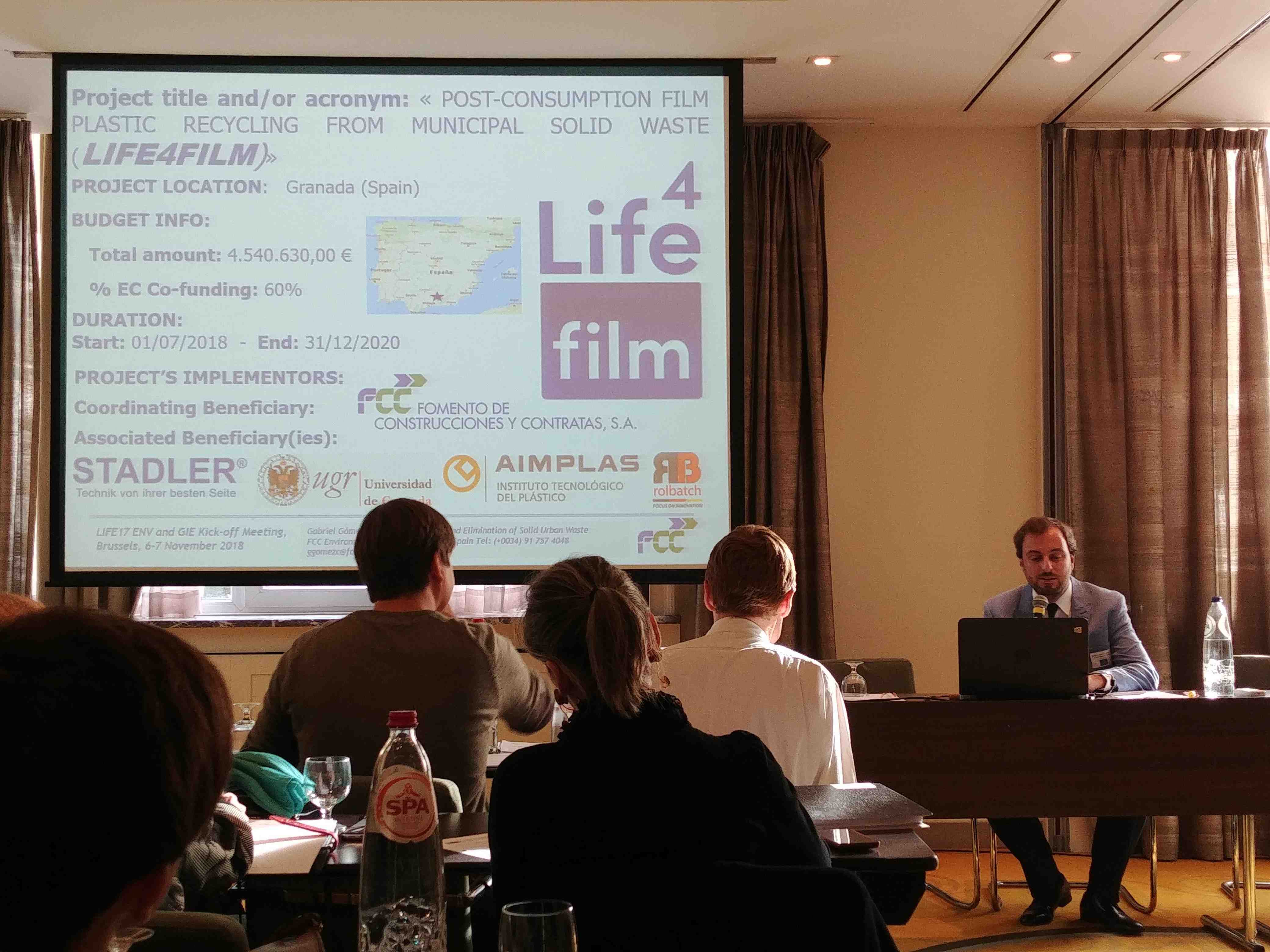 Presentation of the LIFE4FILM project to the European Commission in Brussels

The objective is to increase by 62% the rate of recycling of plastic film from urban waste, as well as its value recovery, incorporating it as secondary raw material in the manufacture of new industrial products accepted by the market, all within the framework of the circular economy concept.

In this project of the LIFE Environment and Resource Efficiency call, also participate AIMPLAS, the Technological Institute of Plastics and the University of Granada and it is foreseen that new partners will be incorporated shortly. 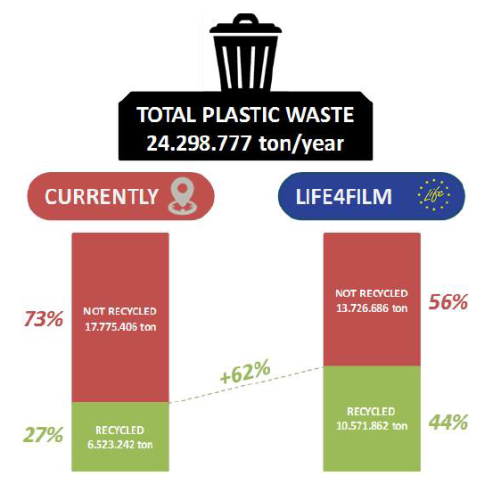 Through this project, FCC Environment is reinforcing its commitment to fighting climate change and to the transformation into a circular economy society.

(LIFE17 ENV/ES/000229, funded by the European Commission through the program LIFE).