During 2019, and continuing the electrical equipment consolidation, the company implemented the first fleet of small-size electric sweepers with a capacity of 2 m3.

These are self-propelled, articulated and employing suction and are already in operation in cities such as Barcelona, Vigo, Bilbao or Torrejón de Ardoz (Madrid).

Thanks to abandoning fossil fuels and lower maintenance, service and repair expenses, operating costs are 75% lower than those of conventional diesel vehicles. A single sweeper can save around 26 tonnes of CO2 emissions per year.

Another major R&D achievement was the manufacture and first in-service testing of larger-sized sweepers—the only one so far on the market—whose development is the result of close collaboration between a Dutch manufacturer and FCC Medio Ambiente’s Machinery department.

It is a 4/5 m3 capacity sweeper, self-propelled, with suction and fully electric. Although the first prototype is a sweeper, the intention is for it to be DUAL, i.e., maintaining its capacity as a sweeper but also providing it with a water tank of up to 1.75 m3 which, via two poles and two water pumps, it will be capable of cleaning the street while vacuuming the residue.

The energy storage capacity of the installed battery allows, with an intermediate fast charge, to perform two work shiftsin one day. 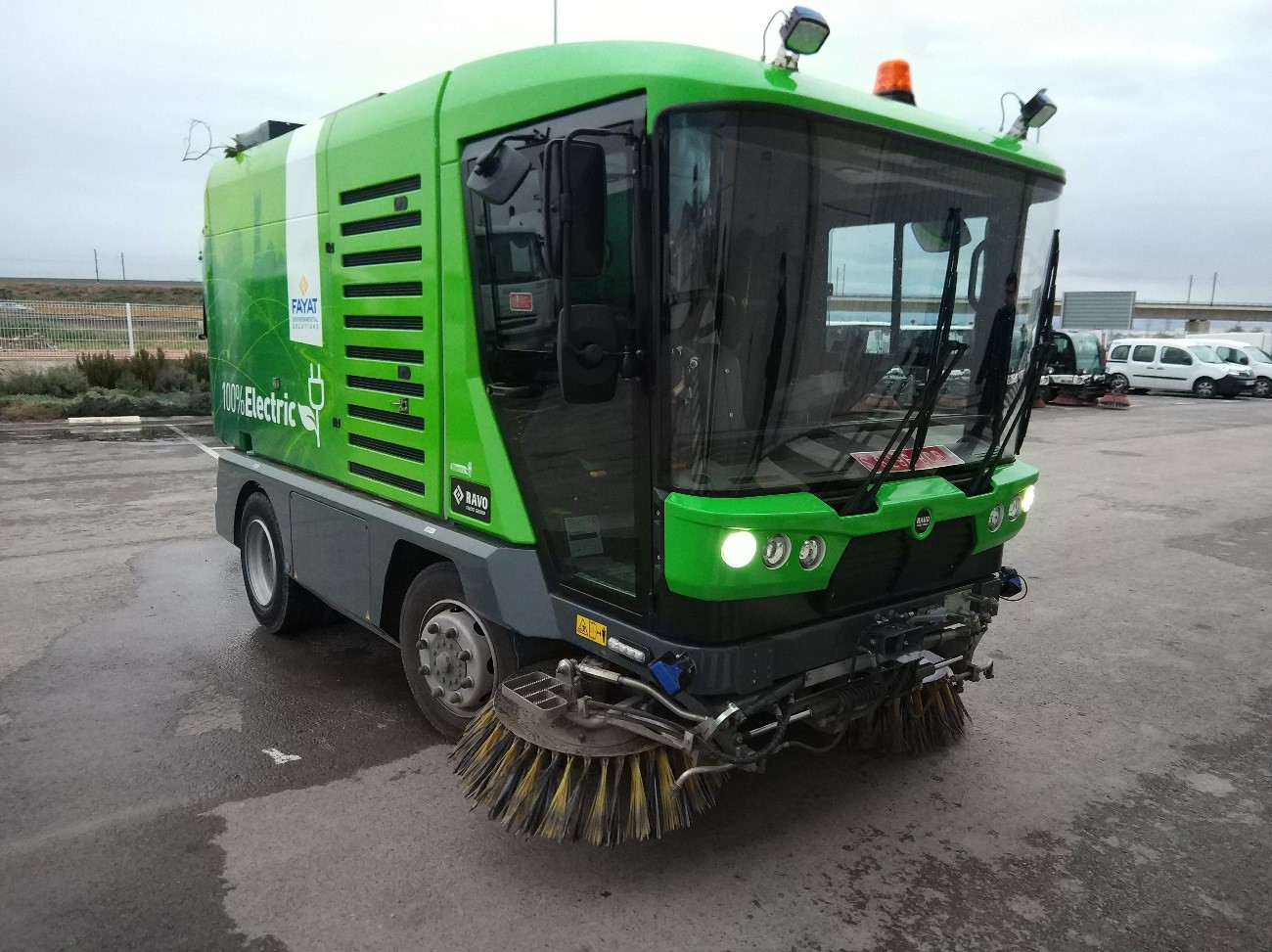