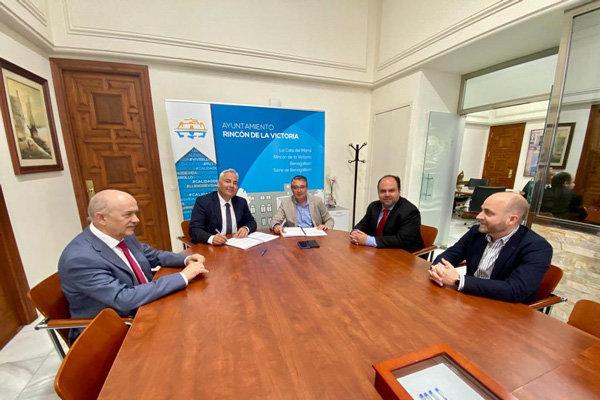 The City Council of Rincón de la Victoria (Málaga) has awarded the contract for urban waste collection, street and beach cleansing to FCC Medio Ambiente, present in the municipality's services since 2000 as a partner in the EMMSA joint venture. The total order book value amounts to €72 million for a 10-year term.

In order to serve the almost 50,000 inhabitants of the municipality, the total machinery fleet will be renewed, a significant part of which will be electric vehicles, bringing to light the city council's commitment to the fight against climate change and respect for the environment. The contract will have an average workforce of 115 people, which will allow a significant increase in the frequency of most of the services, including street washing and scrubbing, mixed washing and hydro-cleaning. A very important improvement in FCC Medio Ambiente's proposal is to significantly increase the budget for environmental awareness campaigns, with the aim of maximising the recycling and recovery of waste and improving the image of the municipality, which fall within the scope of the 'Greencón' brand, which determine the green orientation of all municipal services.

Likewise, this renovation will service areas of the municipality that were not previously served, and the works will be reinforced during the summer season, when all the services will have a greater number of staff given the coastal and tourist nature of the town.

Regarding the waste collection, which processes 19,500 tonnes of residual waste per year, one of the novelties is the introduction of the organic-fraction separate collection, for which dual-compartment technology has been adopted, allowing the simultaneous and differentiated collection of the two fractions. The current fleet of containers will be renewed and increased by 60%, with the introduction of a brown container for biowaste and a grey container for the residual fraction.

For the street cleansing service, which covers 250 kilometres of streets, 50% of the fleet of machinery and equipment will be 100% electric, including electric tricycles of the ‘Pelusa-FCC’ model which, together with the new DSFK electric ancillary vehicles, will enable better performance for manual sweeping services. Multifunctional equipment has also been incorporated which, by changing attachments, allows sweeping, high-pressure mechanical washing and pavement scrubbing to be carried out alternatively.

For the beach cleaning service, which comprises 7 kilometres of coastline, all the machinery will be renewed, with the acquisition of tractors and beach cleaning machines. Separate collection of the residual and organic fractions will also be carried out for the beach bars and containers on the beaches.

Services will be organised and monitored through a comprehensive digital management platform with new applications that will enable real-time interaction with residents' requests.

FCC Medio Ambiente's commitment to sustainable development also extends to the social sphere, as the company is committed to employing staff from FCC Equal CEE Andalucía (Special Employment Centre) to attend to and manage the city's household recycling centre, which will be refurbished and conditioned.