The Energy-from-Waste (EFW) facility at Greatmoor (Buckinghamshire), managed by FFC Environment UK, celebrates the processing of one million tons of non-recyclable waste and three years of operational achievements. During this time, the plant has received more than 5,000 visitors and has involved more than 6,000 children and adults through its community outreach programme.

To celebrate this significant milestone FCC Environment expresses its commitment to the environment by helping sustain one million honeybees in Buckinghamshire County and local beekeeping by sponsoring 20 beehives. FCC is sponsoring 20 beehives, supporting local beekeeping and providing honey-making equipment for TherapBEE. a county association for the mental health that supports the emergency services and the army. The event was attended by members of the planning and environmental cabinet of the Buckinghamshire County Council, representatives of TherapBEE, the charities of the SSAFA armed forces and the Veterans Association of the United Kingdom, as well as the association of beekeepers association of Mid Buckinghamshire, the association British beekeepers and Westcott Venture Park. From FCC Environment attended Steve Brown, director of operations of GE +, the company's clean energy division.

The Greatmoor EfW plant generates electricity from non-recyclable waste rather than sending it to landfill, is the largest single investment Buckinghamshire County Council has ever made. Run on the authority's behalf by long-term partners FCC Environment, the plant formally commenced operation in July 2016.

Operationally, Greatmoor EfW is exceeding expectations in its output of green energy to the National Grid. On average, the plant produces enough power to supply more than 40,000 homes. Cost savings resulting from the avoidance of landfill charges are already making a difference to the County Council's budget, helping it to provide essential services to the more vulnerable members of the community. The plant is currently well on track to make the forecast savings to the Council of £150 million over 30 years.

To find out more about Greatmoor, and to book your place on an open day or for a group or school visit, visit www.greatmoor.co.uk and for more information regarding ‘Pollination for the Nation Therapbee HMF + 999’ visit pollinationforthenation.co.uk. 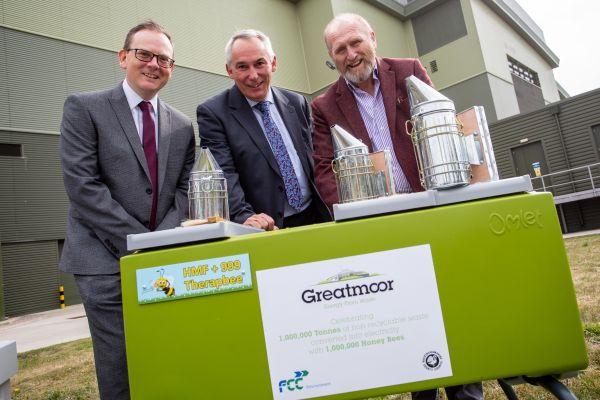