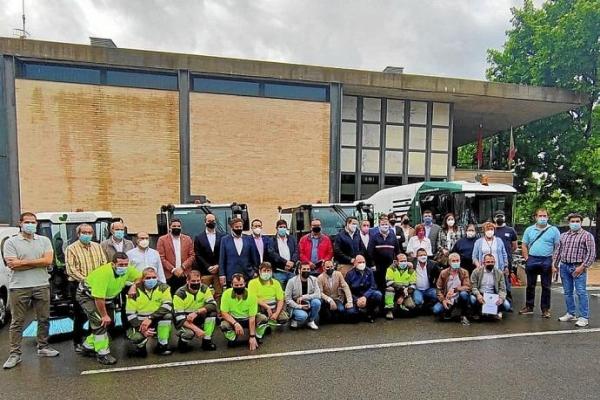 The municipal association ‘Mancomunidad de la Ribera’ has renewed its trust in FCC Medio Ambiente and has awarded the LV Ribera joint venture, led by the company, the street cleansing contract for a period of ten years and a total order book value of €24.5 million.

FCC Medio Ambiente has been delivering the street cleansing service for this association since 2003. ‘Mancomunidad de La Ribera’ association is made up of 17 municipalities, including the city of Tudela in this occasion, and covers over 115,805 kilometres of streets annually.

The contract has a staff of 40 people and a fleet of 25 units, including auxiliary and inspection vehicles and specialised machines, two high-pressure, hot water self-propelled stripping machines, a mechanical sweeper for footpaths and pedestrian areas and two 8 m3, self-propelled washdown tanks with reel and pole.

The implementation of this service means an increase in the number of cleansing machines in Tudela, as well as the reinforcement of the service on weekends and public holidays. In this regard, manual sweeping will be significantly increased, with up to 8,000 additional hours compared to the requirements set at the tender document.

In response to the concern that has always characterised the ‘Mancomunidad de la Ribera’ association for the inclusion of vulnerable groups, the cleansing of building façades, litter bins and dog bins, as well as the cleansing and maintenance of gullies will be contracted with AMIMET. This entity works for the social and occupational inclusion of people with disabilities.