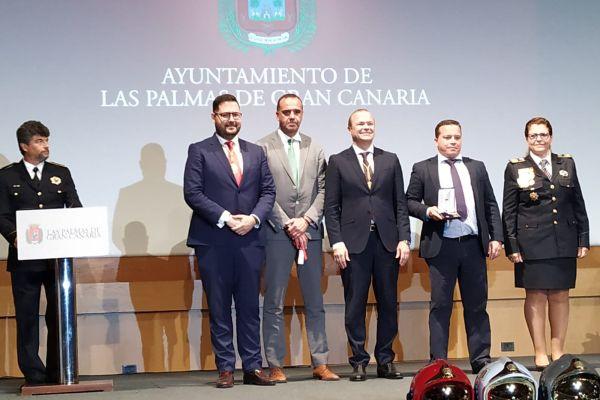 FCC Medio Ambiente (the Spanish brand for FCC Environment) has received the Gold Medal for Merit from the Fire Department of Las Palmas de Gran Canaria, because of the company's special collaboration with the city's Fire Department during the fire that struck the island of Gran Canaria in the month of August 2019.

FCC Medio Ambiente collaborated in the extinction of the fire with a total of 37 operators and eight water tankers of various capacities, all of them belonging to the street cleaning and ground maintenance services.

The great forest fire of Gran Canaria was originated in the early afternoon of Saturday, August 17, 2019, and the danger was subsequently aggravated with a rapid advance of the flames due to high temperatures, of more than 30 degrees.

The institutional act of Honors and Distinctions of the Fire and Rescue Service (SEIS, by its acronym in Spanish) took place in the City of Las Palmas, on the occasion of the day of the patron of firefighters, San Juan de Dios, and was attended by the Mayor of the city, Augusto Hidalgo and the Councillor for Security and Emergencies, Josué Íñiguez.

Representing all the FCC Environment operators who were in the front line of action, the first-class skilled driver from the street cleaning service, Francisco José Martín Pérez, and the supervisor from the ground maintenance service, Martín González Morales, have collected the award from the mayor of the city.

At the event they were accompanied by different members of the company´s delegation in Canary Islands, such as its Director, Miguel Ángel Castanedo Samper, the Head of Operations, Ángel Alonso Sánchez, the Operations Manager, Laura Hernandez Fernández and the Head of Human Resources, Gonzalo Gil del Águila. 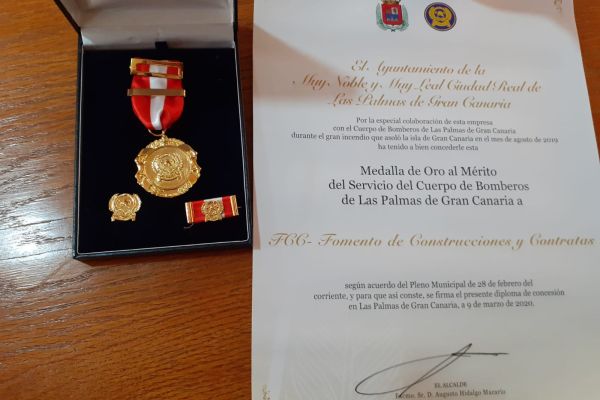 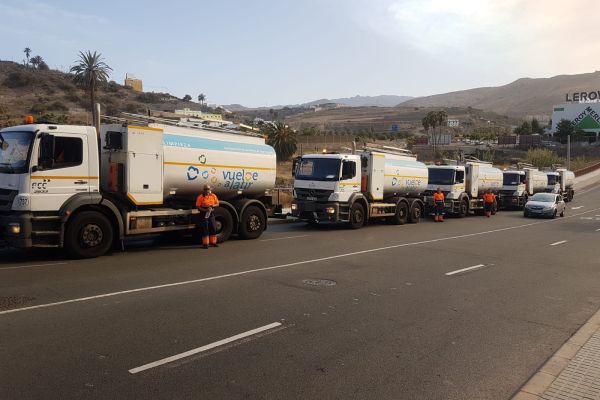