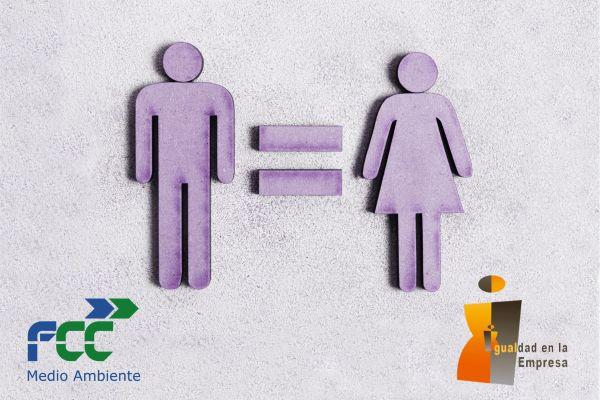 The Ministry of Equality, through the Institute of Women, has honoured FCC Medio Ambiente S.A.U. with the 2020 Distinction for Equality at the Company. This mark of excellence serves as encouragement and recognition for firms that are committed to equality and have implemented policies aimed at promoting it in all areas of the company. It also acknowledges all kinds of actions oriented at facilitating the balance of personal, family and professional life, defining general goals and articulating flexible measures that allow them to be adapted to the diversity of situations and needs that may arise in the company's staff.

This Distinction is an endorsement of the equality policies of the FCC Group environmental services division, which already had this accreditation under the name of FCC S.A.

In order to obtain the award, the criteria for the implementation and results of the measures contained in the company's equality plans have been assessed; the adoption of agreements at the highest level through their approval by the Management Committee for the entire business; the establishment of procedures and criteria for the periodic evaluation of these plans; the application of positive action measures that actively promote equal opportunities between men and women; the policy of prevention of harassment; the dissemination of campaigns on gender violence and the integration of women victims of gender violence into the labour market, as well as training actions, both for access to employment and others aimed at promoting women to positions of responsibility.

Alfonso Benítez, S.A., a subsidiary of FCC Medio Ambiente, has recently signed its Equality Plan with the Public Services Employee Federation of Unión General de Trabajadores (UGT) and the Construction and Services Federation of Comisiones Obreras (CCOO), which are the main trade unions at the industry. This new Plan is in addition to those previously signed in FCC Medio Ambiente itself, as well as in other affiliates like Servicios Especiales de Limpieza, S.A., Limpiezas e Higiene de Cartagena, S.A., Servicios de Levante, S.A. and Sermunegisa, currently being updated in the light of new regulations recently approved on this matters.

Obtaining the distinction means the strengthening of equality and diversity policies, incorporated as one of the strategic lines of Human Resources at FCC Medio Ambiente, and a specific commitment from its senior management to promoting the development and professional performance of its staff under the guarantee of equal opportunities and the promotion of effective equality.

For over 110 years FCC Medio Ambiente has been delivering environmental services, and today attends to nearly for more than 110 years in almost 3,600 municipalities in Spain, serving a population of about 31 million inhabitants with activities such street cleansing, the collection and transport, treatment and recycling of waste, ground maintenance, maintenance of sewage network, beach cleaning and energy efficiency services, among others. For the provision of this services, the company employs more than 40,000 people.