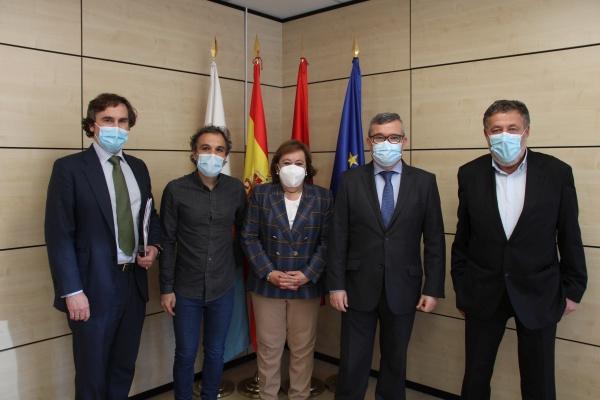 The Arganda del Rey City Council has awarded a joint venture formed by FCC Medio Ambiente and FCC Industrial e Infraestructuras Energéticas the concession contract for the municipality’s new public streetlighting service for a total of nearly €20 million for the next 10 years.

The new lighting management model will save almost 77% of energy, as it is expected to reduce annual consumption from 6,382 to 1,469 MWh, which will prevent the emission of more than 2,210 tonnes of CO2 per year, making Arganda del Rey one of the first Spanish cities to comply with the 20-20-20 Plan to reduce energy consumption and energy efficiency agreed by the European municipalities and to achieve the commitments made in the Covenant of Mayors at European level to mitigate climate change.

Both FCC Medio Ambiente and FCC Industrial belong to the FCC Group and this project represents a clear example of the synergies generated from the collaboration of the different business areas, which lead to an optimal adaptation of the services to the needs of the client. This is not the first time the two companies have joined forces to provide comprehensive public lighting services, having carried out these tasks in cities such as Vigo, Gelves (Seville), Tías (Lanzarote) and Montroig del Campo (Tarragona), among others.

The conservation and maintenance service of the lighting network for the 56,000 inhabitants of the municipality will be provided 24 hours a day, 365 days a year, and the investment in the first twelve months of the contract will be almost seven million euros. Among the most important actions to be carried out are the transformation of all the municipality's luminaires to state-of-the-art LED technology with a point-to-point control system, and the renovation of all the command and regulation panels, incorporating remote control and telemetry systems connected through a web system. This will make it possible to obtain real-time information on energy consumption, CO2 emissions and incidents. In addition, two public recharge points for electric vehicles will be installed to encourage residents to use low-emission vehicles, in tune with Arganda del Rey City Council's concern for the respect for the environment, the transition to renewable energies and the fight against climate change. Furthermore, photovoltaic luminaires will be installed in areas that do not have public lighting and 718 poles will be replaced, among numerous other improvements that will lead to a more efficient use of public lighting, all within a year. Finally, various campaigns will be carried out to raise awareness among citizens and different social groups to inform about rational energy consumption.

The implementation of this contract will allow Arganda del Rey to become one of the first Spanish municipalities to reduce its energy dependence, mitigate light pollution and become certified as a sustainable municipality, exceeding the standards set by the European Union.