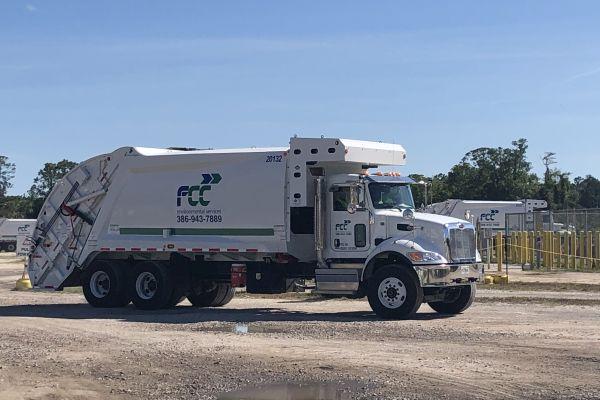 FCC Environmental Services (the American affiliate of FCC Servicios Medio Ambiente) began operations in Volusia County on April 1st. The new urban solid waste collection contract, which will serve 45,000 households, has a term of seven and a half years and an order book value of almost $90 million, with a possible extension for another seven years.

The contract will count upon a staff of 45 employees and a fleet of 35 brand-new vehicles of Compressed Natural Gas (CNG), fueled through an on-site fuel compressor system.

The contract of Volusia is the fourth achieved by FCC Environmental Services in Florida, the second with CNG vehicles and is based in the city of Daytona Beach, home of the famous Daytona 500-mile motor race at the NASCAR Cup Series.

FCC Environmental Services CEO, Iñigo Sanz, expressed the company's appreciation to the citizens of Volusia County for the opportunity to provide environmental stewardship and its gratitude to the departments and members of the County Council for selecting their proposal as the best and entrusting FCC with the services: " We are honored to play such an important role for this County and its residents”.

FCC Servicios Medio Ambiente, the FCC Group's environmental services holding, is present in the United States through FCC Environmental Services, which carries out activities of municipal solid waste collection, recycling and treatment; industrial waste management and remediation of soils, among others. Along the last 5 years, FCC Environmental Services has built up an order book value of signed contracts exceeding 2 billion dollar and provides services for more than 8.5 million Americans.