FCC reports a 2.1% increase in EBITDA and a stable net profit

FCC reports a 2.1% increase in EBITDA and a stable net profit 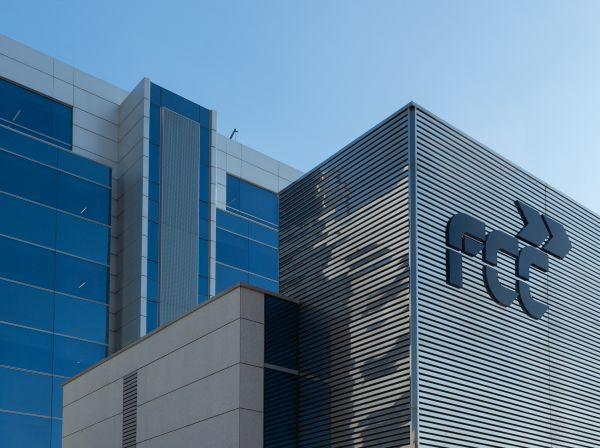 The FCC Group's gross operating profit (EBITDA) stood at €1,047.5 million at the 2020 close, an increase of 2.1% compared to the same period of the previous year, thanks to the stability in the Group's main business areas, contribution from the Concessions area and the increase in the sale of CO2 rights carried out by the Group's cement activity.

FCC's 2020 net turnover stood at €6,158 million, down 1.9% versus 2019. All Group activities echo, in varying degrees, the measures enacted by governments since mid-March to contain the health crisis generated by COVID-19. Utilities activities (Environment and Water) performed remarkably well, thanks to the continuity of essential services and the contribution of the Concessions area following the acquisition of a majority stake in the Cedinsa Group.

As a result, utilities activities generated roughly 80% of the Group's total gross operating profit (EBITDA) in 2020. Meanwhile, the Construction area allocated provisions as a precautionary measure to cover risks arising from the emergency situation to combat the pandemic.
The net operating profit (EBIT) amounted to €572.7 million, 11.9% higher than the previous year's figure.

Net profit attributable to the parent company was €262.2 million, which is 1.7% less than in 2019 and includes the performance of exchange differences booked throughout the year, -€51.3 million in 2020 compared to a positive contribution of €14.8 million in 2019.

The FCC Group closed out the 2020 financial year with a net financial debt of €2,797.8 million, a significant reduction of 21.8% compared to the same period of the previous financial year.

Last October, FCC Medio Ambiente was the highest-rated company in terms of technical criteria in the tender for the cleaning and waste collection for the city of Barcelona.  In this tender, the ie-Urban, a new internally developed, 100% electric, modular chassis-platform electric collection truck, played a key role in the proposal to enhance urban sustainability and minimise environmental impact. If this award is confirmed, the contract will represent more than 800 million euros in revenues not included in the backlog at the end of 2020.

Among the various renewals obtained, last December the municipality of Vigo approved the concession to FCC Aqualia of a five-year extension of the supply and sanitation management contract, for 259.6 million euros. This expansion is linked to the implementation of an investment plan that will improve the current high levels of service. In addition, all the renewals obtained have allowed us to enjoy a good loyalty rate in 2020, which remains at very high levels (close to 100%). The operational stability of this Area resulted in a “positive” annual credit rating perspective on behalf of Fitchratings, obtained last July.

Among other important projects, the company was awarded the E6 motorway in Norway for 238.8 million euros, which includes the design and construction of a new 25-kilometre section of the E6 motorway, with an execution period of 47 months. Special mention should go to the award this year of the design, construction and maintenance of section 2 of the Maya Train (Mexico), jointly with Carso Infraestructuras y Construcción. The project consists of a 200-kilometre section valued at close to 700 million euros with an execution period of 28 months to which a further five years of maintenance has been added.

Last July, an agreement was reached with the investment group Icon Infrastructure Partners for the purchase of 49% of the capital of the new subsidiary company Green Recovery Projects Limited (GRP), header and owner of five energy recovery plants (“EfW”) of FCC Medio Ambiente subsidiary in the United Kingdom (located in Kent, Nottinghamshire, Buckinghamshire, Edinburgh and Lincolnshire), for an amount totalling 198 million pounds sterling. This meant an enterprise value of the company, at 100%, of 650 million pounds including its debt. The transaction was completed last November.

The head of the area, FCC Servicios Medio Ambiente Holding, maintains control of GRP and its global consolidation, as well as a 50% stake in the incinerator in Mercia and a 40% stake in the one in Lostock.

FCC, through its company FCC Concesiones, has been selected for the extension of the A465 motorway in Wales (United Kingdom). FCC is part of the Future Valleys consortium along with other local and international partners in the project, which will be developed under the PPP model. The project is key to improving connectivity and development in the region and has a planned investment of more than 600 million euros.

On 3 October, FCC agreed to sell its entire stake in three concessions located in Spain to Vauban Infrastructure Partners, within its policy of rotation and selective development of projects in this activity. These three concessions are included in the portfolio of the FCC Group, which has a stake in 14 transport infrastructure concessions. When signed, the agreement will mean the transfer of 51% in the Cedinsa Group, which manages the concession of four dual carriageways in Catalonia, 49% in Ceal 9, the concessionaire of the stations on section 1 of line 9 of the Barcelona Metro, and 29% in Urbicsa, the operator for the Ciudad de Justicia (City of Justice), also in Barcelona. The price to be paid by Vauban for all of FCC's stakes in these concessions amounts to 409.3 million euros, enabling the deconsolidation of 690.7 million euros of net financial debt at the close of the third quarter and will improve the Group's treasury position. The closure of the agreement is pending obtaining the usual authorisations for this type of transaction.