FCC continues to grow and records a net attributable profit 32.4% higher than in 2018

FCC continues to grow and records a net attributable profit 32.4% higher than in 2018 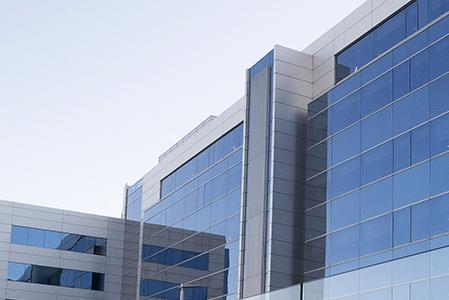 FCC continues to grow, as reflected in its profit for the third quarter of 2019. This performance of the income statement is supported by the positive increase in revenues, with an increase of 5.2% to 4,577.9 million euros year-on-year. The Environment area has obtained a growth in revenue of 3.5%; Water activity 6.7%; greater dynamism in Construction and Cement with 6.8% and 13.9%, respectively.

Attributable net profit rose 32.4% year-on-year to 233 million euros. This result is obtained by the solid operating growth in all business areas and the relevant reduction in financial expenses. It should be noted that, without considering the participation of minority shareholders (at 55.5 million euros, of which 88% corresponds to Aqualia), the net result of FCC stands at 288.5 million euros in the first nine months of the year, which represents an increase of 57.9% year-on-year.

Equally positive is the performance of the FCC Group's income portfolio that closed in September 2019 at 30,385.1 million euros with an increase of 4.8% over the same period last year.

The Group's head of Construction included the remodelling of the Santiago Bernabéu stadium in the portfolio this period for 475 million euros. The proposal includes an execution period of 3.3 years with a construction system that minimises the inconvenience to the operability of the stadium and the environment.

The Mersey Bridge (United Kingdom), built by FCC Construcción, was named the best bridge in the world by the International Association for Bridge and Structural Engineering (IABSE). The IABSE granted the award in acknowledgement of the outstanding characteristics of the project, highlighting its uniqueness, innovation and respect for the environment.

At the beginning of the year, the construction area of the FCC Group, was awarded the entire remodelling contract for the Plaza de España in Madrid. The project has a budget of 62 million euros and an execution period of 21 months.

The company has also won the contract for the construction of the A-33 Highway that will connect inland Murcia and Valencia. Once the infrastructure is finished, the length of the route between Murcia and Valencia will be 212 kilometres, compared to the 258 kilometres of the current coastal route. This will save drivers around 46 kilometres and about 25 minutes in travel time.

Meanwhile, Convensa, a company specialised in the FCC Group's railway works, has been awarded the construction contract for the Murcia-Almería Mediterranean High Speed Corridor, Níjar-Río Andara section, in the province of Almería. The contract is worth 88.2 million euros.

Supply, installation and commissioning of electromechanical installations of Lines 5 and 6 of the Riyadh Underground (Saudi Arabia). The scope of FCC Industrial for both lines includes the mechanical, low voltage electrical and telecommunications installations of 11 underground stations, six elevated stations, two transfer stations, a workshop building and underground offices, 15 km of tunnel, 17 km of viaduct and two km above ground.

The Environment area has won the contract for the collection of solid urban waste from the city of Omaha, in Nebraska, for the next ten years for an amount of 255 million dollars. FCC will provide the service with a fleet of 69 trucks powered by compressed natural gas. The contract includes a possible extension for an additional period of another 10 years. In addition, last August, Volusia County, in Florida, approved the awarding of the contract for the collection of urban solid waste, with a duration of seven and a half years and a portfolio of 87 million dollars. This fifth contract won in Florida, and added to those in Orlando (Orange County) and Lakeland (Polk County), strengthens the presence of FCC in the US. The total volume of the FCC portfolio in the country, where it already has another ten contracts in Texas, amounts to 1,049 million euros and serves more than eight million citizens.

On the other hand, in Spain, the Jerez City Council awarded the joint venture led by FCC Medio Ambiente the new contract for urban solid waste and road cleaning in September for a period of nine years, with a portfolio of 150 million of euros.

It was also awarded the operation and maintenance (O&M) contract for the sanitation system of the capital of Abu Dhabi, as well as for the islands of Al Reem, Al Maryah and Al Saadiyat, for a total of 40 million euros. The client also renewed the sanitation contract for the city of Al Ain in the eastern part of the emirate for seven years, worth over 60 million euros. The total value of the contracts managed by Aqualia in the Arabian Peninsula (Saudi Arabia, UAE and Oman) exceeds 600 million euros. The projects, mostly of a medium and long-term concessional nature, reflect the growing success and acceptance of collaboration models between public and private institutions to promote the development and operation of essential infrastructure in the region, serving a total of 6 million inhabitants.

In the first quarter, FCC Environment signed an agreement to promote the development and operation of a new thermal recovery plant in the town of Lostock, in conjunction with the Copenhagen Infrastructure Partners (CIP) fund, with a 40% and 60% stake, respectively, which represents a total investment of 480 million pounds and that, once in operation, will

become one of the largest energy recovery plants in Europe, with an initial treatment capacity of 600.000 Tn/year.