FCC closes the first half of the year with net earnings of €232.5 million, doubling the figure for the same period last year

FCC closes the first half of the year with net earnings of €232.5 million, doubling the figure for the same period last year 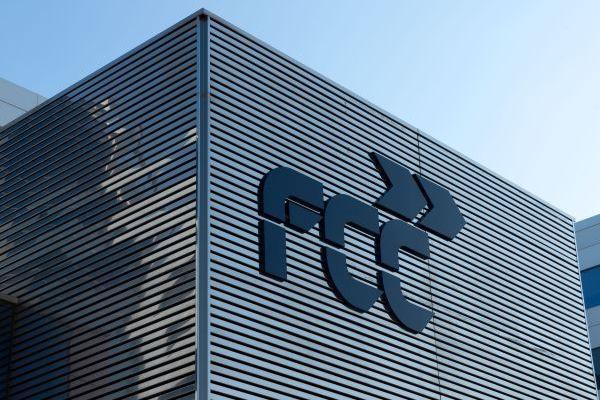 The net attributable profit posted by FCC for the first half of the year was €232.5 million, well over double the previous year's figure. This increase reflected the solid operating performance of all the Group's business areas, combined with the positive exchange rate gains posted over the year and the proceeds from the sale of a number of transport concessions.

Turnover stood at €3,168 million, which is 12.3% more than in the first half of 2020. This performance mirrors the recovery, to varying degrees in the different business areas, following the relative lifting of the restrictive measures decreed by governments since mid-March 2020 to contain the health crisis triggered by COVID-19.

The FCC Group's EBITDA topped €529.2 million in the first half of the year, an increase of 22% versus the same period a year earlier. This figure was underpinned by the overall improvements in the Group's operating margins, which climbed to 16.7%, with the Construction and Cement businesses gaining 165.5% and 86.2%, respectively.

The outstanding level of order intake in the Environment area was salient in the revenue portfolio, as the area posted an 15.6% increase at the end of the period to reach €10,619.8 million.

The consolidated net financial debt at the end of the first half of the year stood at €2,586.6 million, down 7.5% from the previous year-end.

In May, Wellington City Council (Florida) approved the award of the 10-year contract worth 110 million euros to FCC Environmental Services for the collection of municipal solid waste, with a possible extension of an additional five years. Moreover, in June, Hillsborough City Council (also in Florida) awarded the company with the largest of the three contract lots over an 8-year period, worth 230 million euros, for the collection of residential and commercial solid waste, and with a possible extension of an additional four years. The contract also grants FCC the exclusive right to deliver the commercial waste collection service included in its lot, worth another 100 million euros. Therefore, the total backlog for this market exceeds 1 billion euros, with over 8 million inhabitants served, after 5 years of organic growth, turning the company into one of the 20 largest operators in the United States.

In June, FCC Aqualia received recognition for the stability and strength of its water cycle management business, which can be clearly seen in its growth since the last business year. As a result, Fitch Ratings has improved the company's credit rating to "Investment Grade". This improvement was granted as recognition for the high operational quality and solid financial profile of the main areas of the FCC Group, Water and Environment, which concentrate the use of third-party financing and are both rated as "Investment Grade", allowing the group to optimise its costs, execution deadlines and the allocation of resources.

Valladolid City Council awarded a JV led by FCC Medio Ambiente with the contract for the design, development and operation of the household Waste Treatment and Disposal Centre, which will serve over half a million inhabitants. The contract backlog is worth over 110 million euros and will be executed over an 11-year period. It is expected to start operating by the end of next year.

The company expects to invest 45 million euros and will work on 5 different types of waste: organic, inorganic or remaining fraction, light containers, paper-cardboard and glass. The facility will have a capacity to process 212,500 tons per year and will have classification lines, a biomethanisation plant, composting area, closed reactor used to treat the remaining fraction, a building for large waste, a treatment plant for the leachates generated at the facility and a cogeneration area, as well as a final tank for non-recyclable materials, among other systems.

It is worth mentioning the automated treatment and classification lines, the new closed and automatic aerobic treatment system for the remaining fraction (capacity for 55,000 tons/year), the construction of the two new compost and bio-stabilised material refining lines, the latter featuring a system for the automatic recovery of glass and a new treatment process for leachates generated, with an atmospheric evaporation system and use of the heat generated by the biogas motors. This project is part of FCC Medioambiente's sustainability strategy, which presented its main long-term lines of action this year. The new Valladolid complex will allow the energy consumed to be produced at the biogas cogeneration plant, which processes the biogas extracted from the rejections tank and from the biomethanisation process. In addition, a series of systems and improvements will be implemented to treat the air generated in the complex, also installing an R&D centre, which will manage rejection reduction research or leachate processing projects, among others.

The project awarded in Chile involves building the Industrial Bridge in Concepción. The contract is worth over 125 million euros and will have a 32-month execution period.

Moreover, during the first quarter of the year, the A465 motorway expansion project in the United Kingdom received the "European Project of the Year" award. PFI recognised the magnitude and importance of the project to be undertaken as it is needed to improve mobility and connectivity in Wales and also to reactivate the local economy.

During the first half of the year, FCC completed the sale of different infrastructure concessions in Spain, signifying the transfer of the 51% stake held in the Cedinsa road group, the 49% stake held in the Ceal 9 suburban line and the 29% stake in Urbicsa. The proceeds obtained from the sale and the Group's performance in general, led to a substantial reduction in financial debt, down 7.5% on the close of the previous business year, further strengthening the FCC Group's financial soundness.