The event, held at CEAAN's facilities, was chaired by the mayor of El Puerto, Germán Beardo, who was accompanied by the deputy mayor of the City Council's Department of Environment and Sustainable Mobility, Millán Alegre.

During the presentation, the mayor highlighted the importance of this project to the CEAAN, which recently celebrated its 20th anniversary and whose objective since its inception has always been to bring sport activities and respect for nature to all visitors. "With the development of this scientific project, whose goal is to recover the population of the common chameleon and ensure its protection through citizen awareness, it is emphasized once again that the CEAAN is a key element in the progress towards a more aware and sustainable society", said Germán Beardo. Finally, the city's mayor thanked all the members of the project for their combined efforts and the joint commitment to making this project a success, in the conviction that this will help raise awareness and promote this privileged natural site from a perspective of sustainability and environmental education.

After the major words, Javier López-Galiacho Perona, Compliance and Corporate Responsibility director of FCC Group, company that fully funds the Chamaeleo project, highlighted that this project has been selected within the framework of the Group's 2020 Corporate Social Responsibility Master Plan, approved by the FCC Board of Directors. Amongst its other objectives, the Master Plan seeks to support the conservation of biodiversity in our ecosystems and the Chamaeleo project responds to this goal perfectly.

Next, Cecilia Caraballo Fernández, Technical director and José Antonio Gómez Sánchez, Environmental Education technician, both from the CEAAN, provided information on the project and served as hosts on a guided tour of the facilities and the pine forest to end the event.

On behalf of FCC Environment, Francisco Cifuentes, director of the Andalucía I Delegation, and Francisco Huete, director of Management Systems and Sustainability attended the event.

The main objective of this project is to restore the common chameleon population (Chamaelo chamaeleon) present in the Coto de la Isleta pine forest, analysing the distribution of this species, applying a scientific methodology, in order to obtain updated and useful information. This information will be used for the proper management and conservation of coastal ecosystems, such as the Coto de la Isleta pine forest; for subsequent scientific studies and works, and, in particular to involve local citizens through the environmental education and dissemination initiatives.

Due to the educational nature of the CEAAN Coto de la Isleta, it has been proposed that this venue serve as a reference centre for the study of the common chameleon and its protection through citizen awareness. 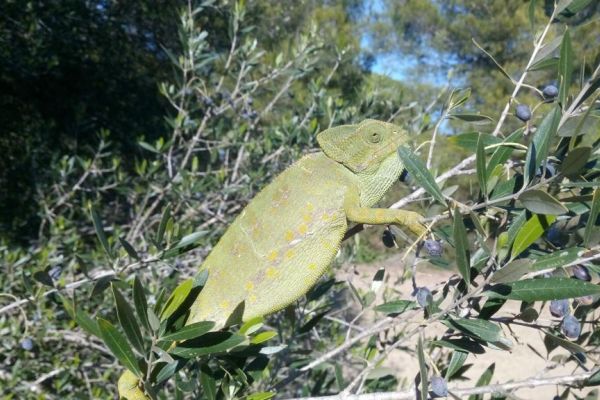 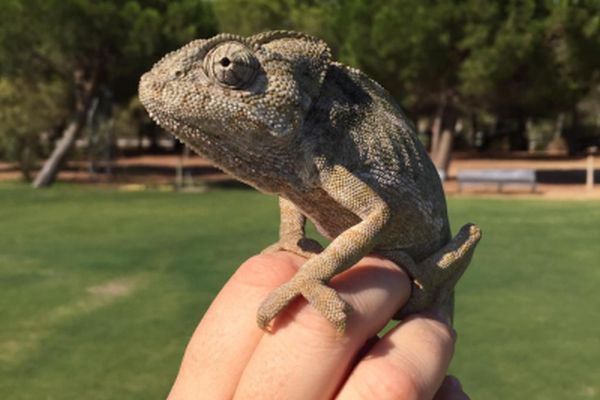