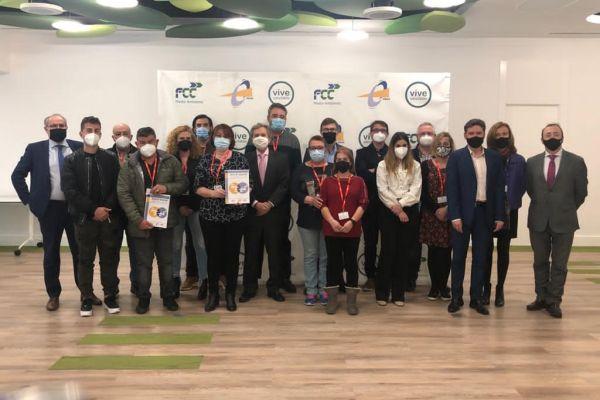 On March 23, Alfonso Benítez, S.A., a subsidiary of FCC Medio Ambiente, signed an Equality Plan with the Public Services Employee Federation of Unión General de Trabajadores (UGT) and the Construction and Services Federation of Comisiones Obreras (CCOO). The event took place at Las Tablas corporate headquarters, and was attended by Raúl Pérez Vega, director of the Madrid branch of FCC Medio Ambiente, on behalf of Alfonso Benítez, S.A.; Óscar Pascual, representing the Federation of Public Service Employees of UGT; and Raquel Hijosa Carracedo, Equality and Social Policy Secretary of CCOO.

From FCC Medio Ambiente, the ceremony was also attended by Raquel Losada, Equality, Diversity and Inclusion Manager and Luis Suárez, Human Resources Director. In addition, the Plan was signed by members of the Negotiating Committees and Advisors of the three parties.

Raúl Pérez stated that this Plan "is a great step forward, but there is still a long way to go. The hard work and collaboration of all, as well as the development of plans aimed at this end, will make this path shorter and leave the gender gap in the past".

On their part, the UGT and CCOO trade unions recognised the efforts made by the company to reach a consensus and showed high expectations on the fulfilment of the measures and the achievement of the goals reflected in the Plan.

This new four-year Plan is applicable to all the activities carried out by the staff of Alfonso Benítez, S.A. and includes a series of proposals aimed at achieving equality between men and women and eliminating gender discrimination in the workplace. To this end, among other important points, measures have been designed to promote a balanced distribution of genders in the different professional groups, increase women's access to positions of responsibility, favour the reconciliation of work and family life and disseminate a corporate culture committed to gender equality at all levels.

One of the most important measures proposed in the plan is the implementation of training actions that facilitate the development of professional skills and competences equally, enabling women to reach management positions in which, unfortunately, they are still not significantly represented.

This agreement is part of the initiatives that UGT and CCOO trade unions are developing to promote measures aimed at defending and encouraging equal treatment and opportunities between women and men and the elimination of situations of discrimination on the grounds of gender.

Alfonso Benítez, S.A, declares its express willingness to continue making effective the right to equal treatment and opportunities between women and men - provided for in Organic Law 3/2007, of March 22, in RD 901/ 2020, of October 13 and in RD 902/2020, of October 13 and its commitment to adopt the measures provided for in this Plan so that no direct or indirect discrimination on grounds of gender or sexual orientation can take place in the organisation, whatever the circumstance or condition of the people who are part of our workforce.