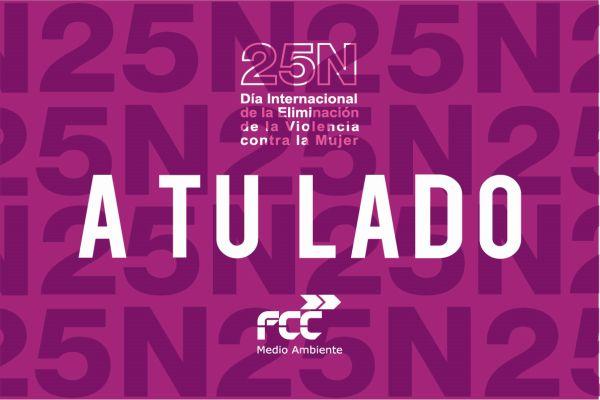 FCC Medio Ambiente joins the International Day for the Elimination of Violence against Women, which is celebrated every year on 25 November. The company is calling for a reminder of its commitment and vision: Zero tolerance of gender-based violence and the promotion of the social and professional integration of women victims. A year ago the company presented the "BY YOUR SIDE" campaign to show its support for the entire group of victims of any type of violence.

From the delegations all over Spain, the colleagues of FCC Medio Ambiente carried out different actions to demand the right to life throughout yesterday. Our colleagues from the street cleansing service of the Madrid branch wore purple ribbons as a sign of support.

The Aragon-LaRioja branch distributed more than 2,000 purple masks among its staff in Zaragoza, which they voluntarily wore while providing the service, making visible the commitment and support for the victims. In Donostia, a few minutes of silence were kept and throughout the day, while they were providing the service, they wore purple waistcoats and posters with the slogan "BY YOUR SIDE".

In the city of Merida, FCC Medio Ambiente collaborated with the Merida City Council to dress the cleansing service vehicles with support motives and they provided the service throughout the day showing these off.

These actions are aimed at showing that the company is firmly committed to eradicating this scourge and is continuing to collaborate with the "Businesses for a Society Free of Gender Violence" network. It also collaborates with different foundations and entities to promote the insertion and integration of affected women into the labour market.

The company has a collaboration agreement with Obra Social “La Caixa” to promote the employability of people at risk of social exclusion through the Incorpora programme, formed by over 400 social entities. So far, 101 women (55%) have been incorporated into the company, and it is worth mentioning that 10 of them have been victims of gender violence. Furthermore, 22% of the people who have joined the company so far this year have some kind of disability and 78% belong to a group at risk of social exclusion.

At FCC Medio Ambiente, we claim the defence of women's rights and take a stand against any manifestation of violence against them. Zero tolerance for gender violence. 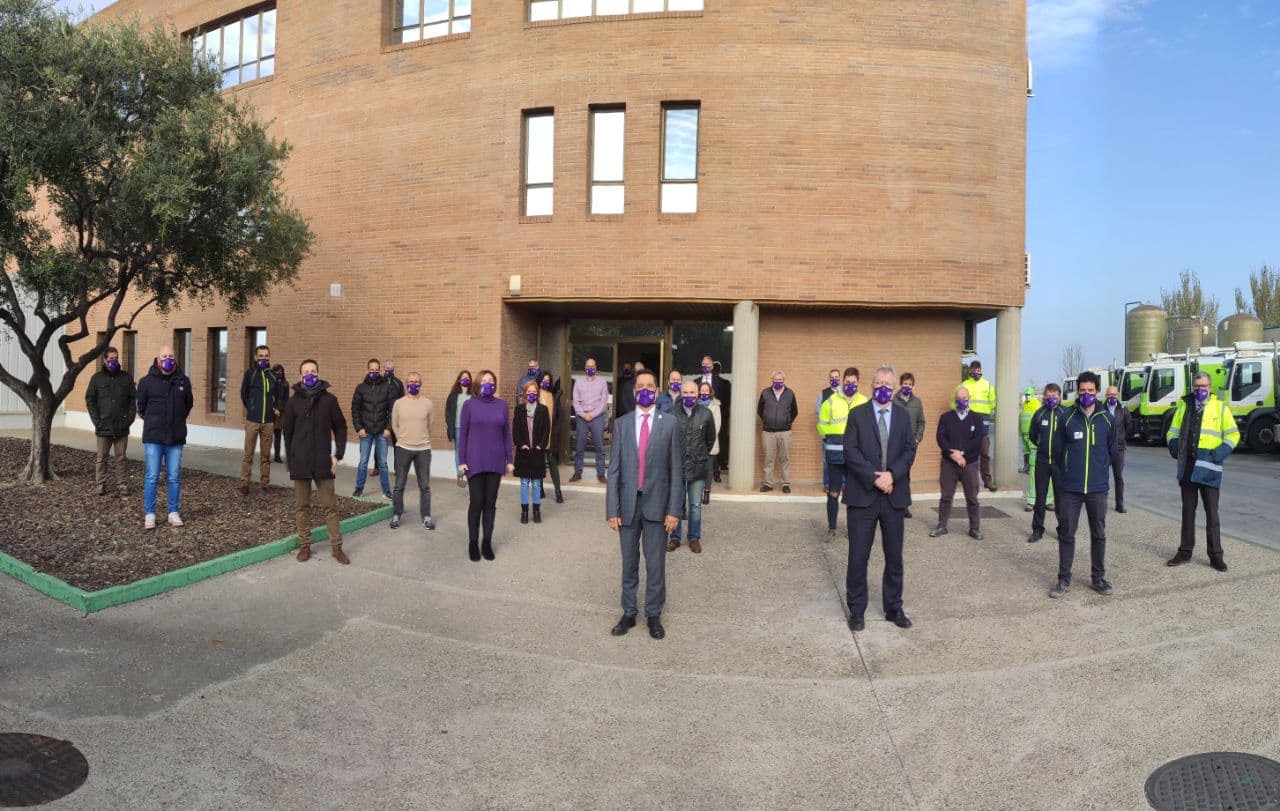 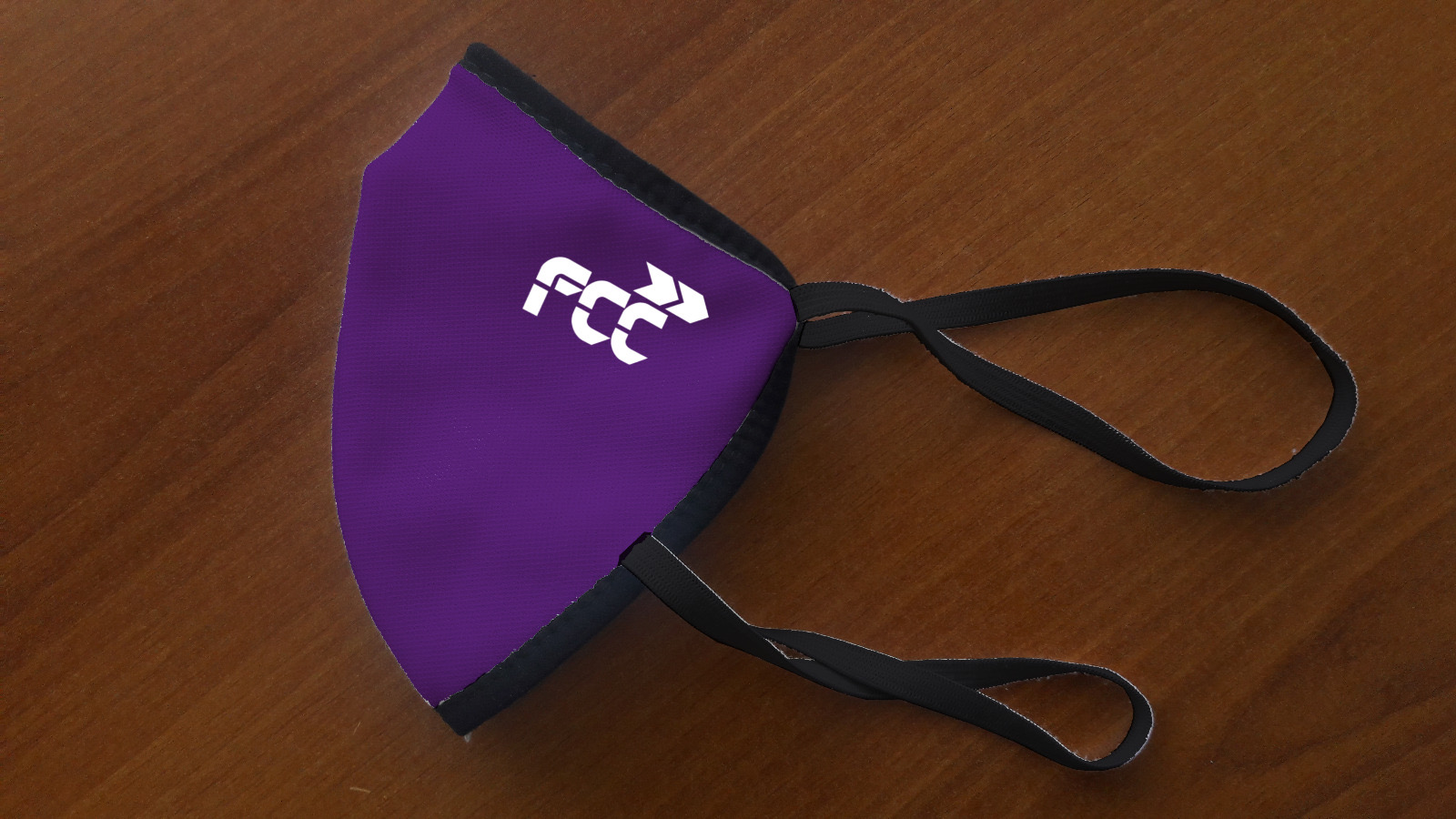 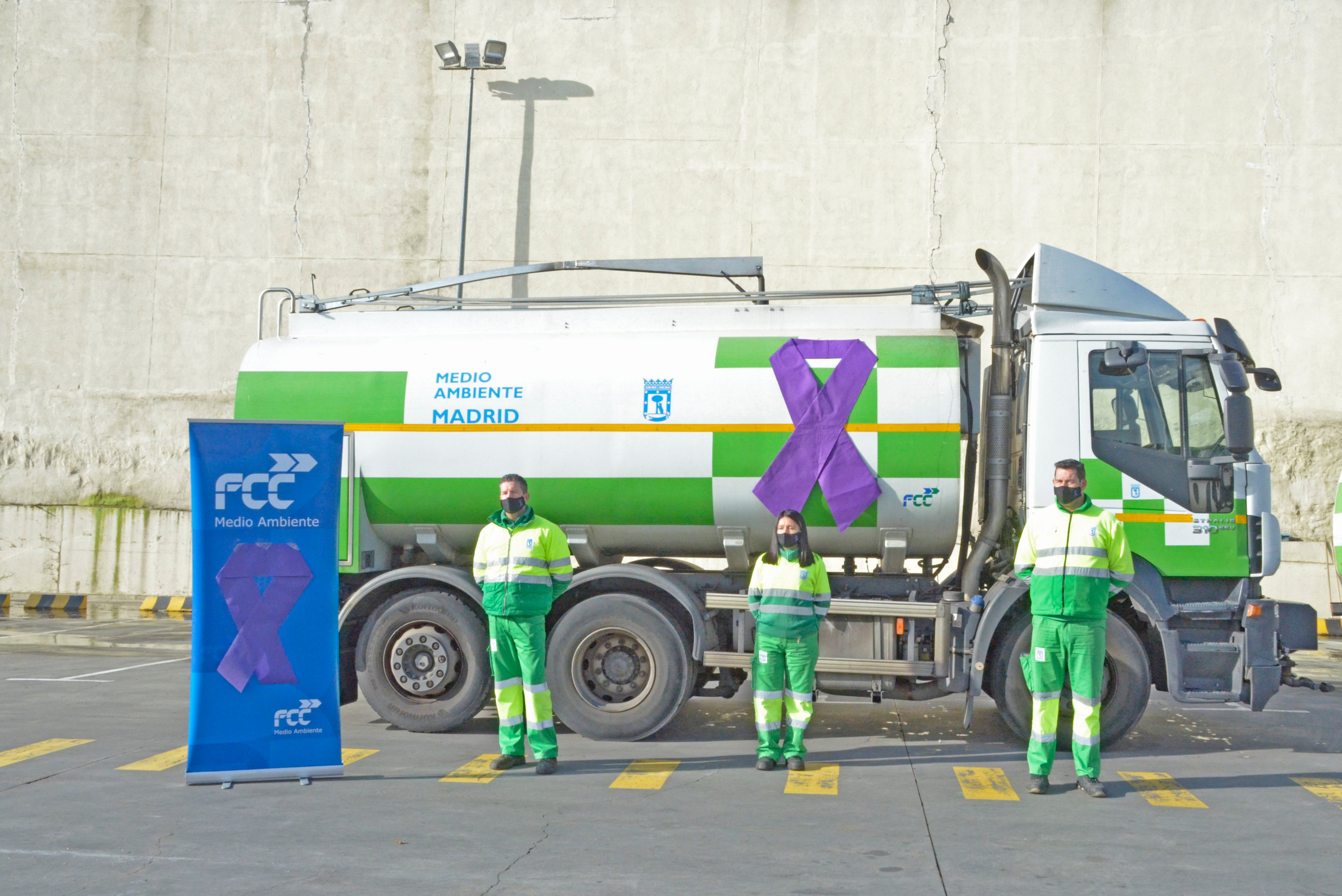 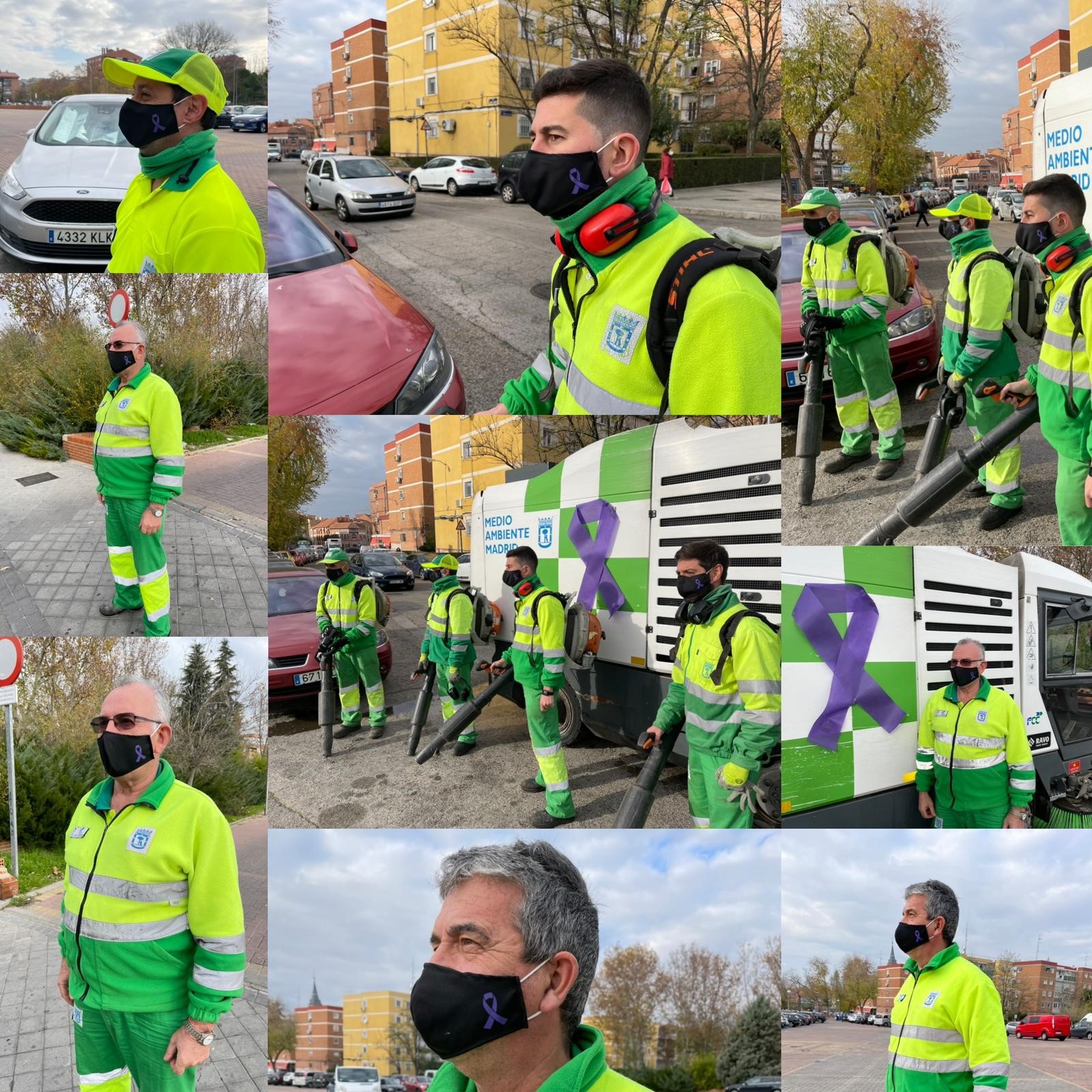 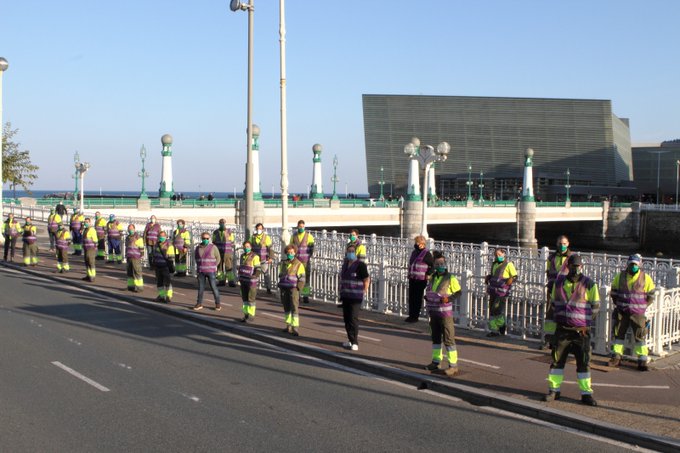 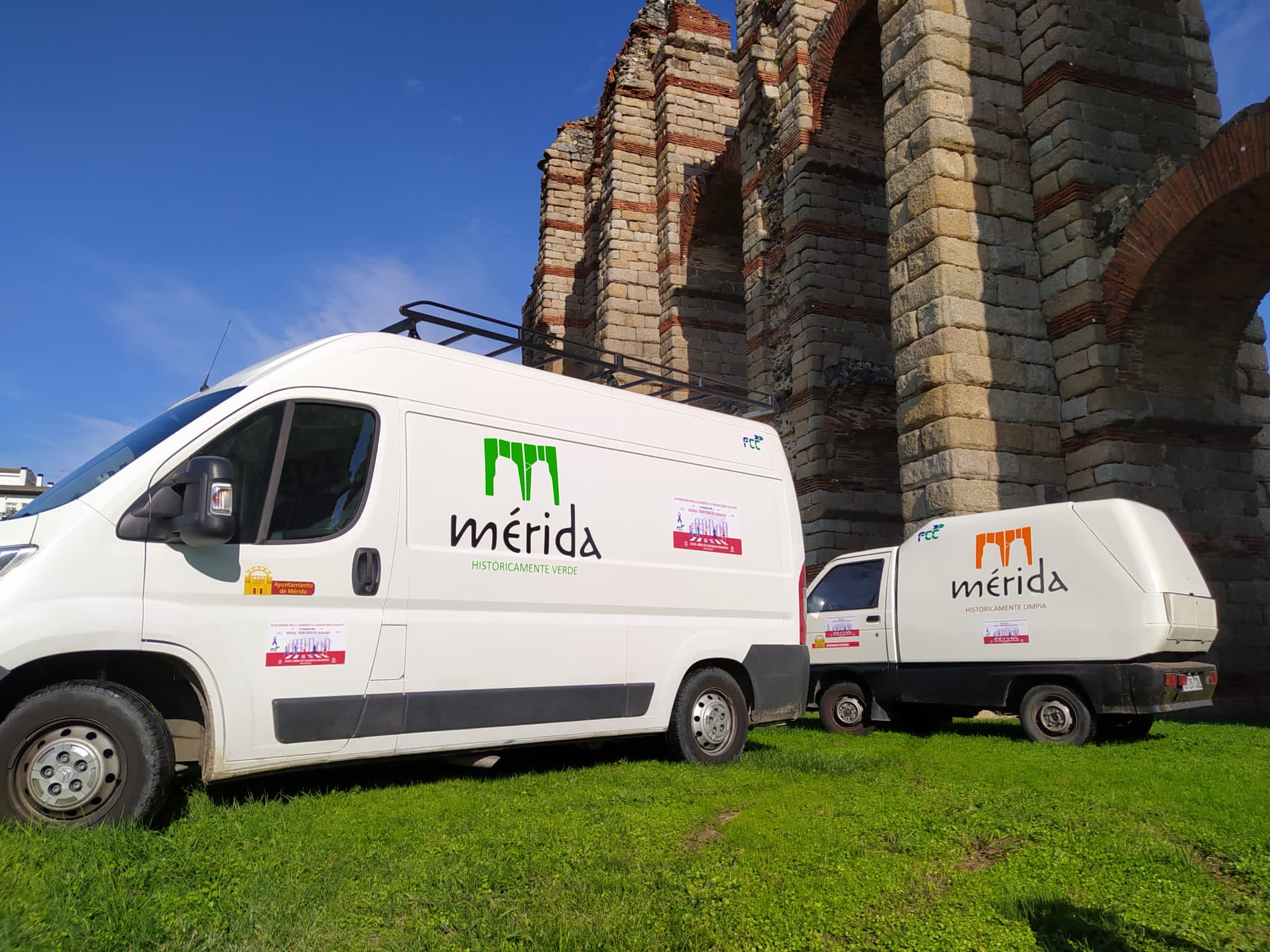