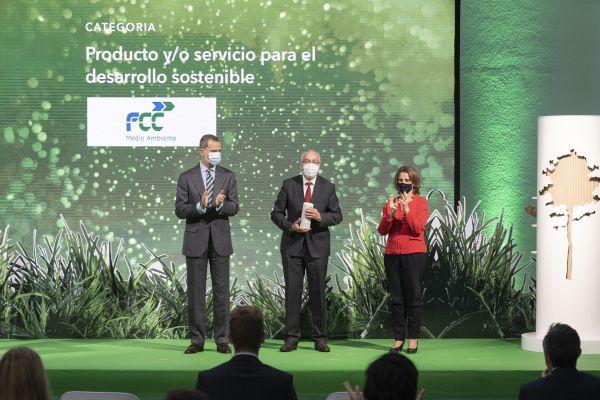 FCC Medio Ambiente has won the prize at the 2019/2020 European Business Awards for the Environment (EBAE Awards) in the products & services category, for the project “Development of a Self-supporting, High-efficiency, Modular Platform with Permanent Electric Traction and Plug-in Function for Urban Service Vehicles”, led by the company itself and the Irizar Group. Important companies from the automotive and electronics industries, such as JEMA, IVECO or JOFEMAR, and research entities, such as INSIA, TECNALIA and CEIT, have also collaborated in the project. The project has been co-financed by the European Regional Development Fund (ERDF) through the CIEN programme of the Centre for the Development of Industrial Technology (CDTI) from the Ministry of Economy and Competitiveness.

The award ceremony, that took place this Wednesday in the "Rastro Madrid" location, was chaired by His Majesty the King Felipe VI, who emphasized in his message that this award shows the commitment of Spanish companies, a fundamental element for development and innovation, in facing the challenge of the ecological transition; as well as the importance of companies being able to meet the needs of current generations without compromising the future of upcoming generations. Ms Teresa Ribera, Vice-President of the Spanish Government and Minister for Ecological Transition and Demographic Challenge, introduced the event and welcomed the participants. The Minister highlighted the essential fact that there are aware companies that know how to combine their productive activity with the respect for the environment. Jordi Payet, CEO of FCC Medio Ambiente, was responsible for collecting the award from His Majesty.

The European Commission has been organising the EBAE awards since 1987 to recognise companies that demonstrate their commitment to putting sustainable development into action as part of their business model. The Biodiversity Foundation, of the Ministry for Ecological Transition and the Demographic Challenge, has been the entity that coordinates these community awards in Spain since 2013.

The industrial series production of vehicles such as the ie-Urban collector on this Zero Emission Vehicle (ZEV) chassis, with a drastic reduction in noise emissions, pollutants and CO2 and 50% less energy consumption than a conventional vehicle, will definitely boost the implementation of affordable e-mobility on heavy goods vehicles suitable to all urban service purposes for all metropolitan areas, with the consequent environmental benefits in terms of pollutant emissions and noise, carbon footprint reduction and energy efficiency.

Innovation is in the DNA of FCC Medio Ambiente since its incorporation 120 years ago, and it developed its first 100% electric collection truck in 1974. It currently has a fleet of more than 16,000 vehicles, of which nearly 2,200 are electric, Bi-Power or Compressed Natural Gas (CNG). 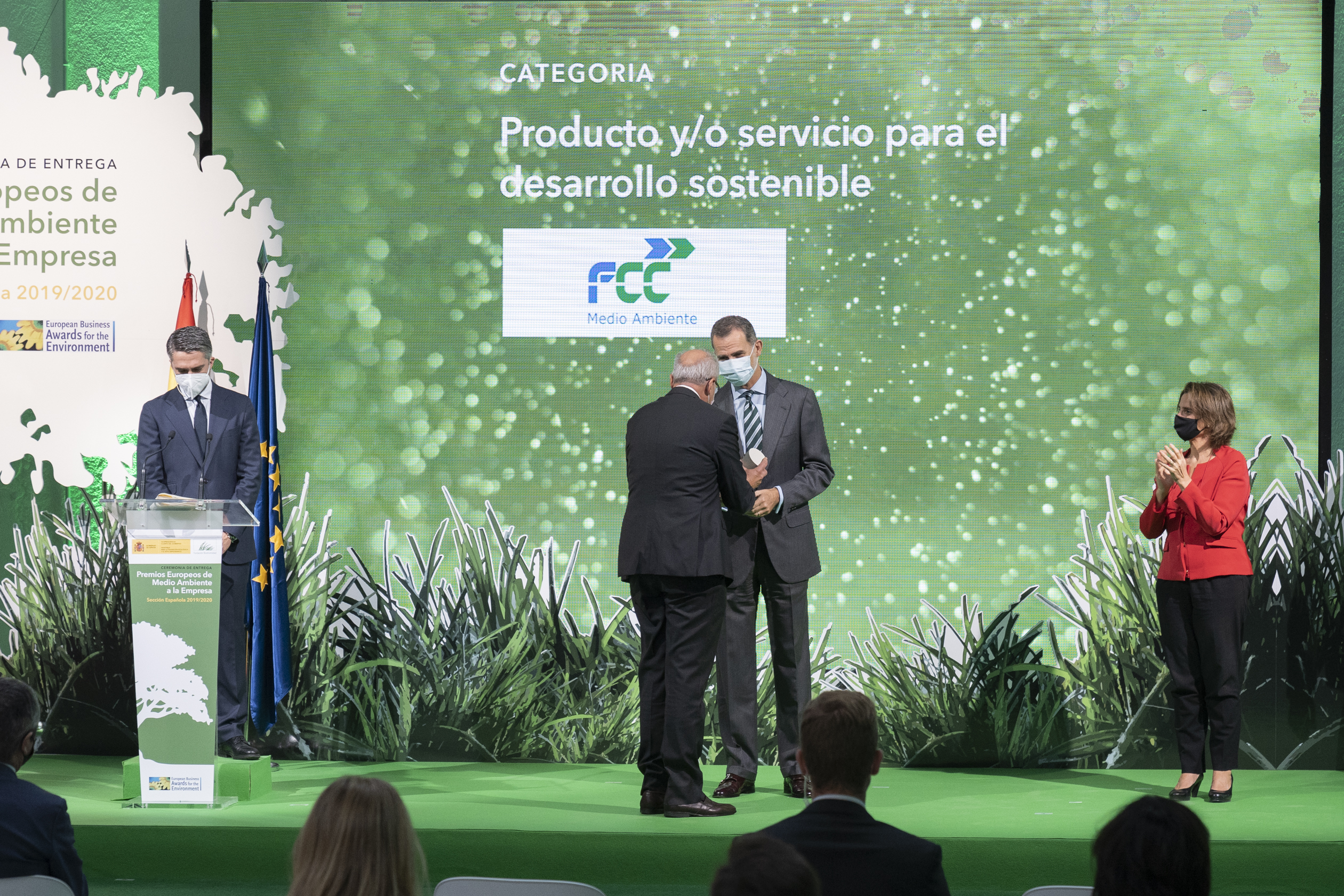 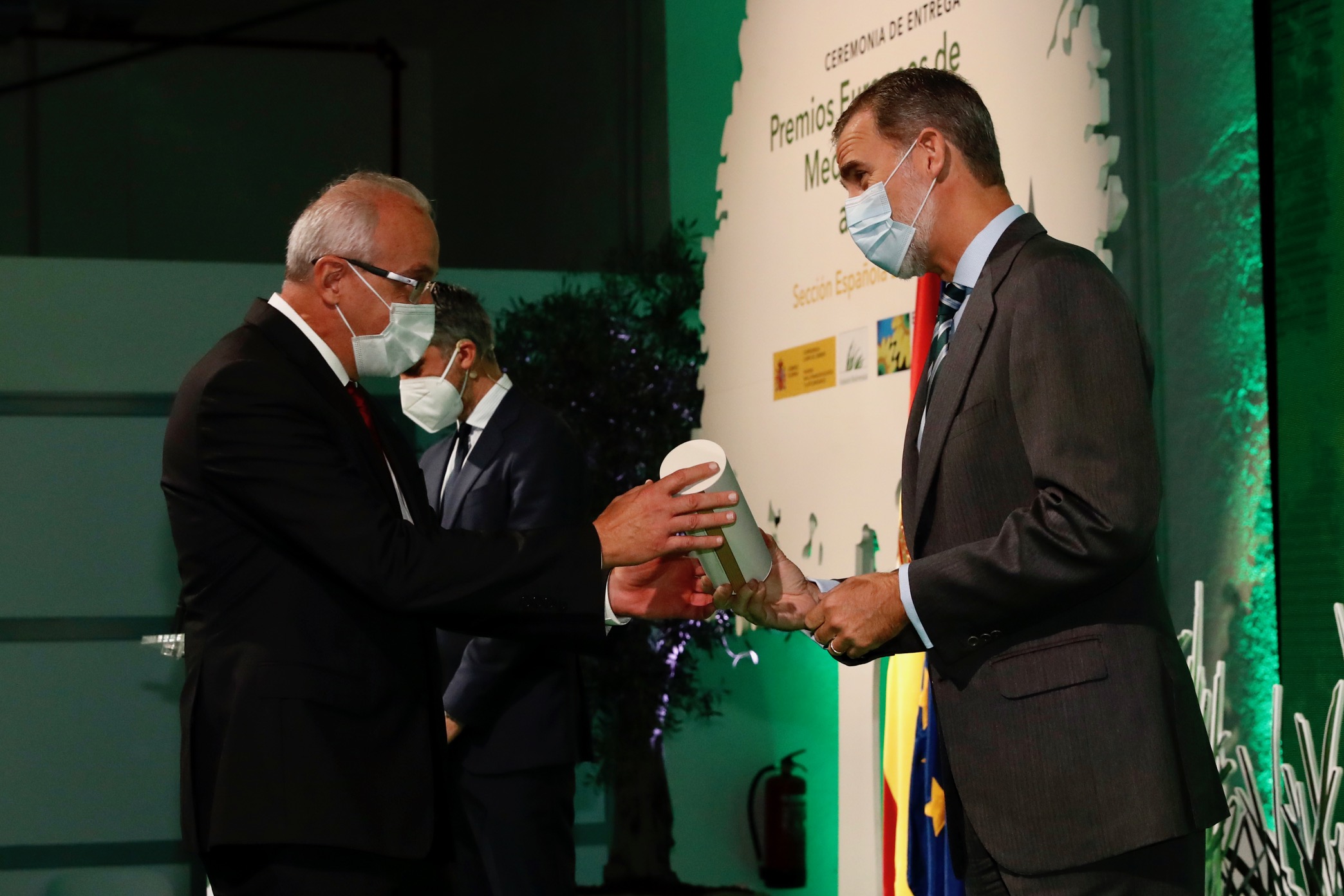 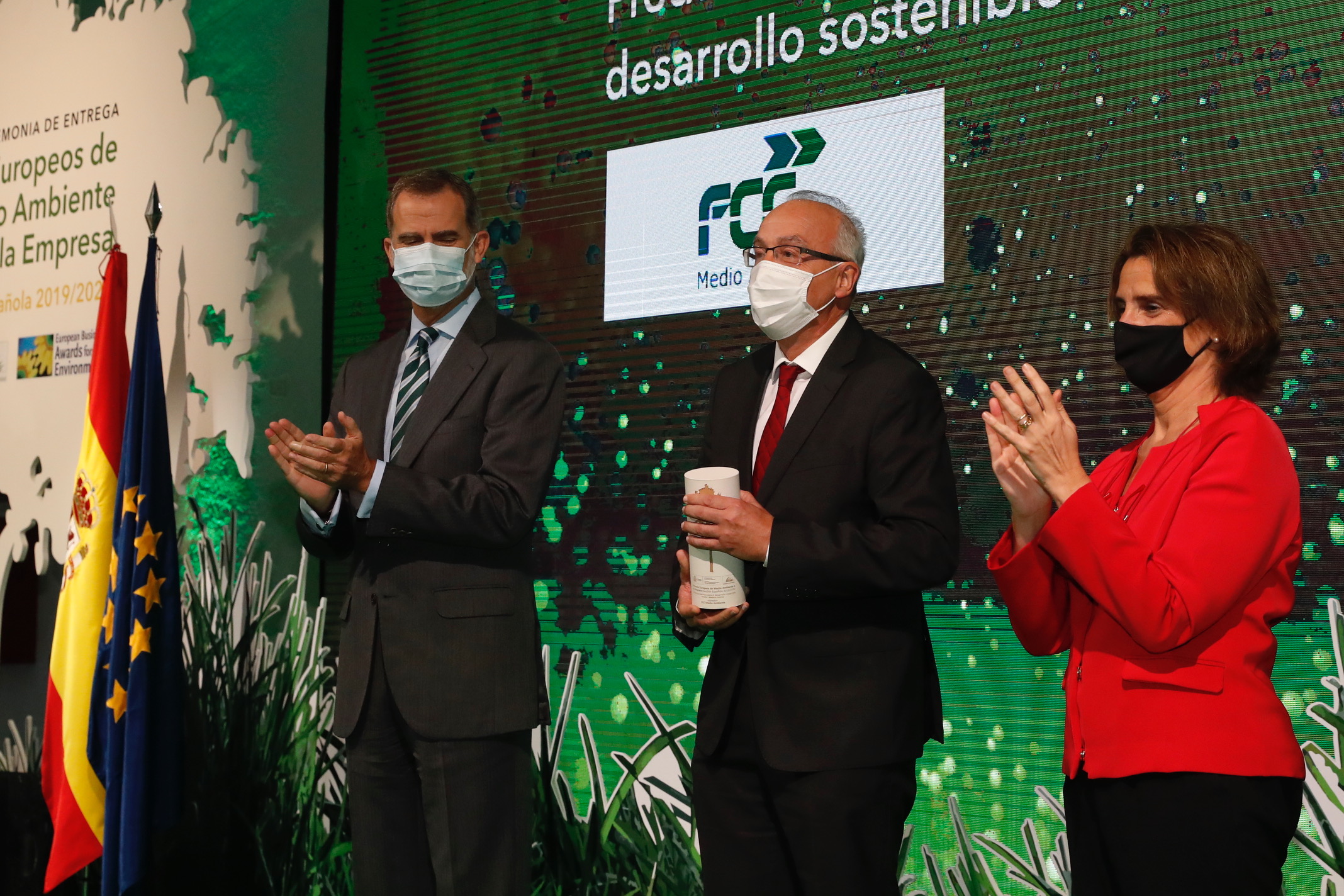 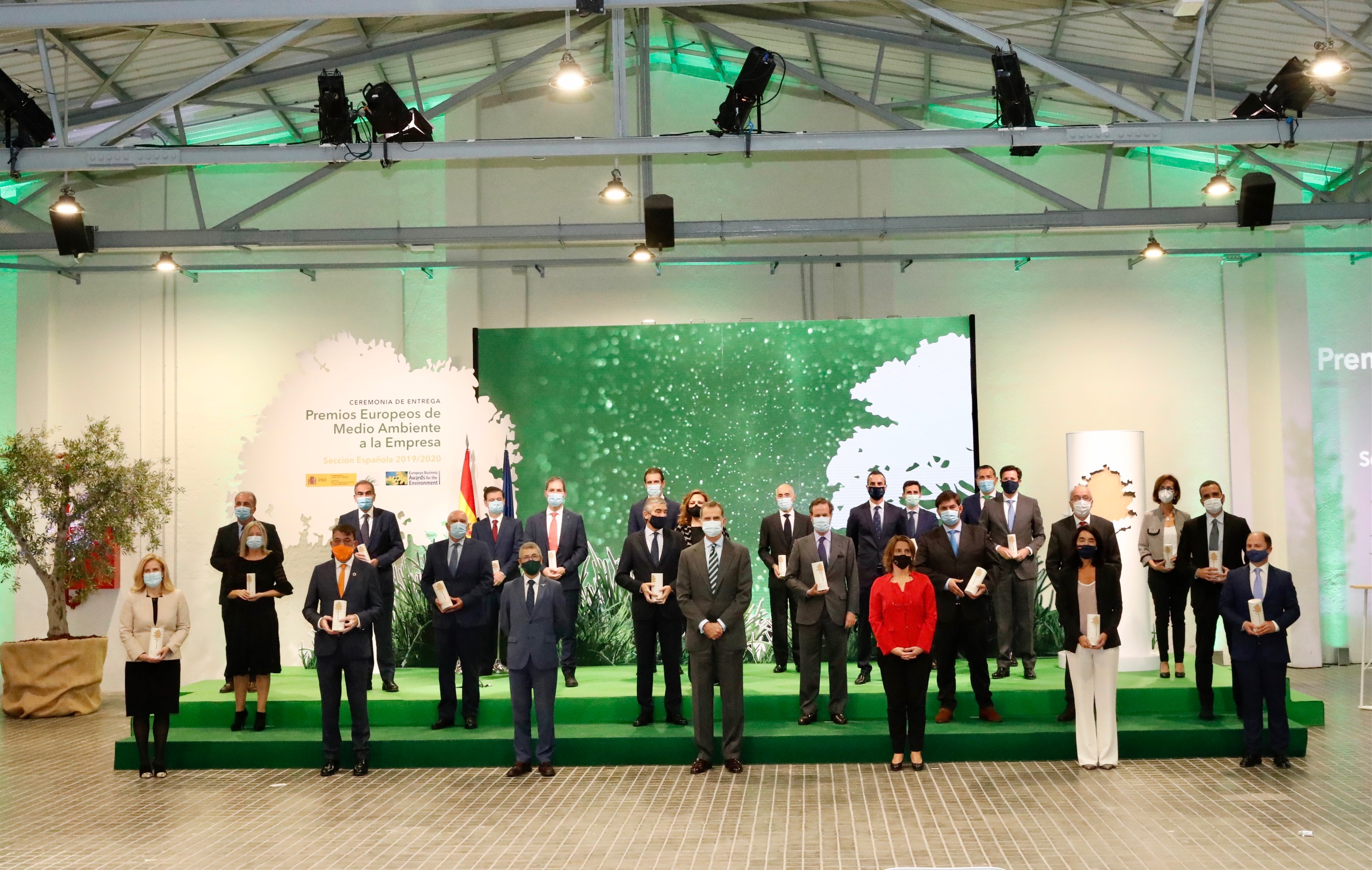